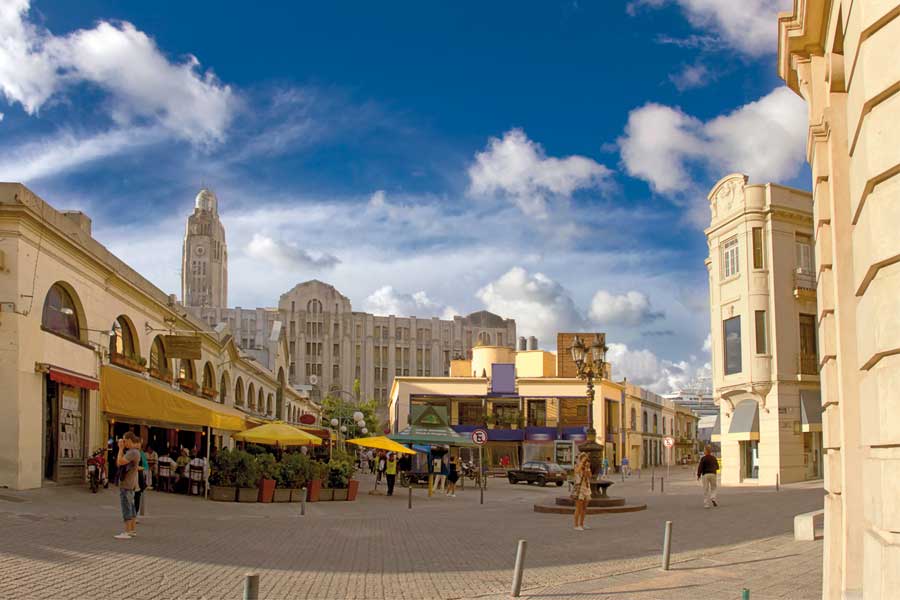 Study abroad in one of the most economically developed countries in South America when you choose USAC in Montevideo, Uruguay.

A brand new program starting in Fall 2017, Montevideo is known as the “Switzerland of South America” for its peaceful culture, laid back attitude and all around chilled-out atmosphere.

You will have the opportunity to learn about Spanish language, Latin American studies, agribusiness, business, viticulture, and gender studies all while exploring this unique destination that is only just beginning to catch the eyes of students and travelers worldwide. 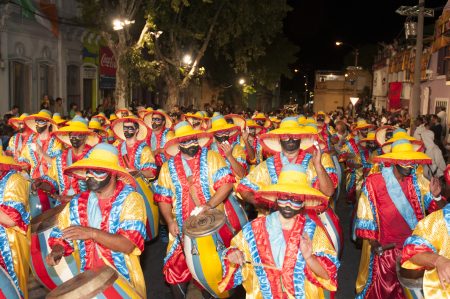 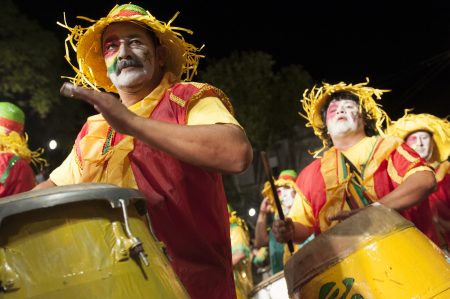 Why Study Abroad in Uruguay?

Known for its stable democracy, Uruguay celebrates its reputation of being an oasis of peace. It’s no wonder that in 2013, The Economist magazine named Uruguay the “country of the year” for its social development and high ranking for personal rights, tolerance, and inclusion issues.

The country is home to an estimated 3.24 million people and stretches 68,000 square miles. You’ll find 416 miles of pristine beaches along the Atlantic coast, and flatlands in the south that merge into the highlands of southern Brazil.

The quality of life in Uruguay is among the highest in Latin America. Add to that a consistent subtropical climate with temperatures ranging from 42-50° F in winter and 62-73° F in summer in Montevideo, and you have yourself an ideal place to study abroad in South America.

Whether you are a day-tripper to unassuming Montevideo, a history buff in historical Colonia, or a night owl amid the glitzy bars and clubs of Punta del Este, you might look upon this, the smallest Spanish-speaking country on the continent, as also the most special. -Frommer’s

Montevideo, the capital of Uruguay, is quickly becoming a travel destination for its thriving cultural scene, including rich architecture, sandy beaches, plazas, shops, museums, and restaurants.

Here are just a few of the reasons we love this new program and this city. 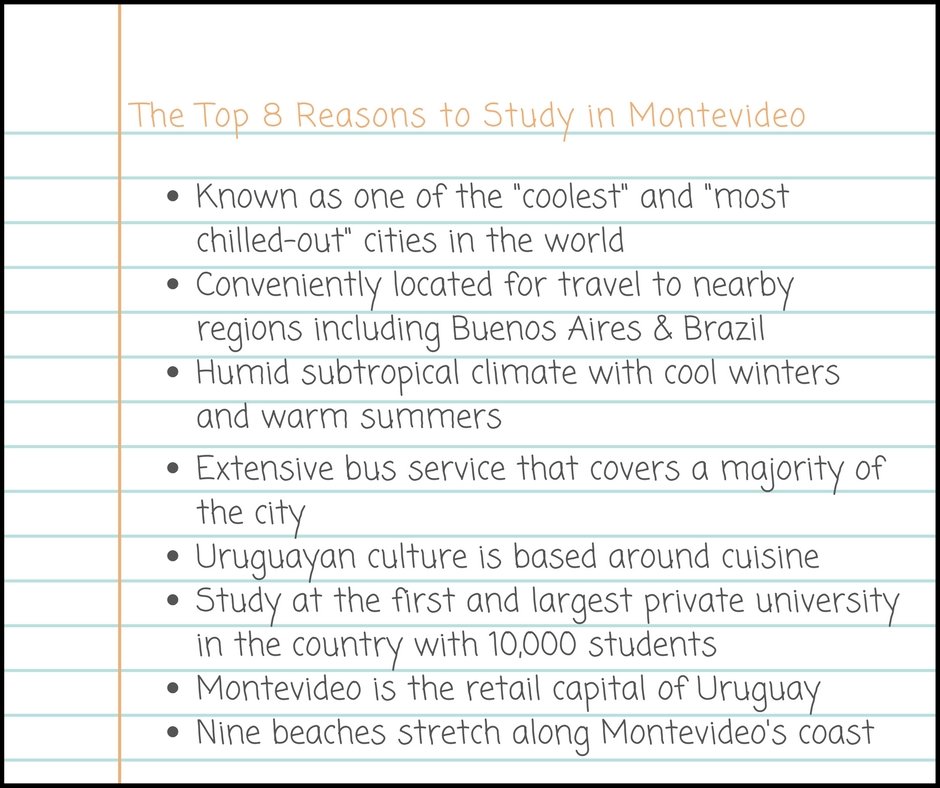 When you study abroad and live in Montevideo you will experience this emerging hidden gem firsthand and have a unique opportunity to study and explore the Spanish, Italian, and African cultural influences throughout Uruguay. 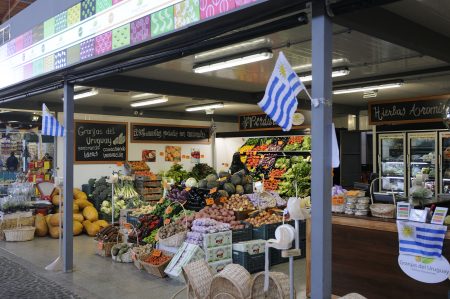 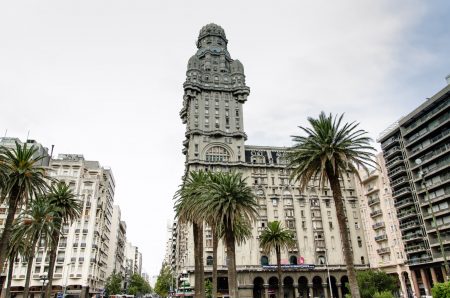 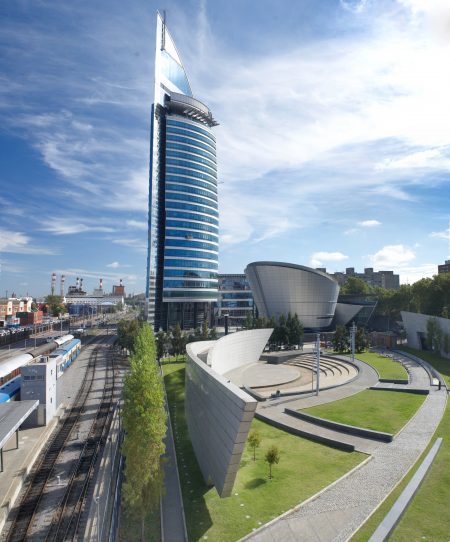 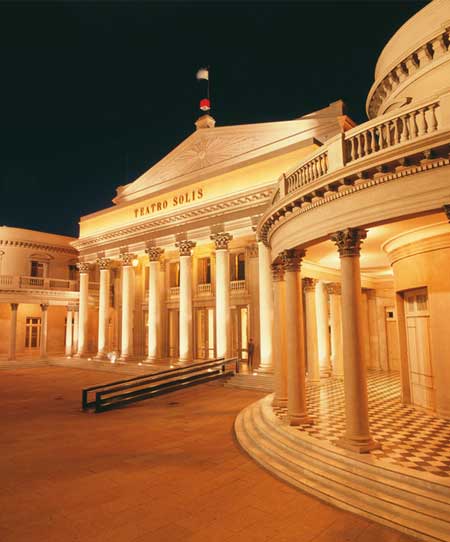 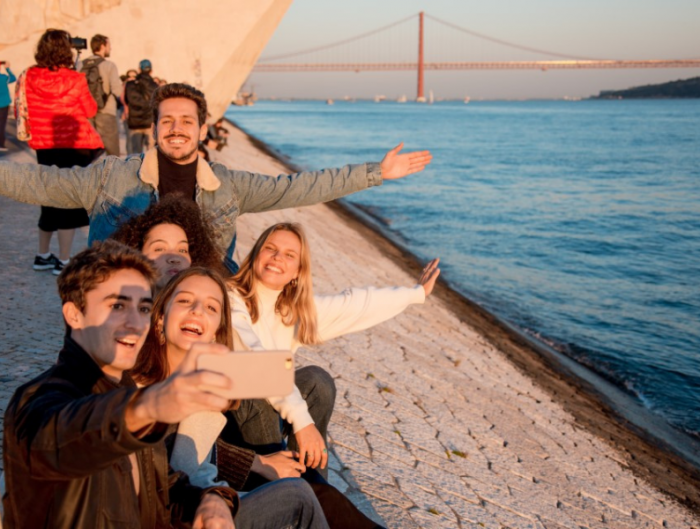 Hi Stephen, you can find all of our scholarship opportunities here: https://usac.edu/money-matters/scholarships-and-discounts 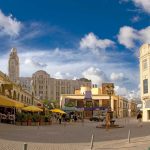