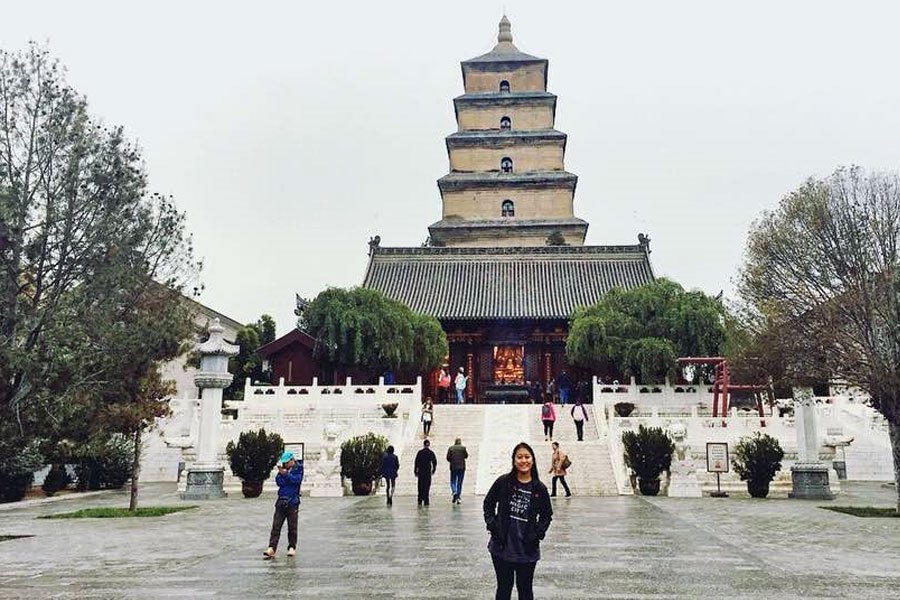 Amica Rapadas studied abroad for a year in Chengdu, China. We talked to Amica about her experience abroad, and how her study abroad lead her to discover her career path and add a second major to her studies.

Why did you choose to study abroad in Chengdu?
I chose to study abroad in China because I am currently learning Mandarin Chinese and I wanted to learn more about Chinese politics and culture.  I chose the USAC Chengdu program because it had a more intensive Chinese language track. Also, Chengdu was a city I had never been to before, I had never even heard of it, so I wanted to expose myself to a new part of China.

What surprised you about Chengdu?
Since I had never heard of Chengdu, I thought it would be a small city. I didn’t take into account that small in China is still pretty big. To me, Chengdu was surprisingly a very modern city, twice the size of New York City. 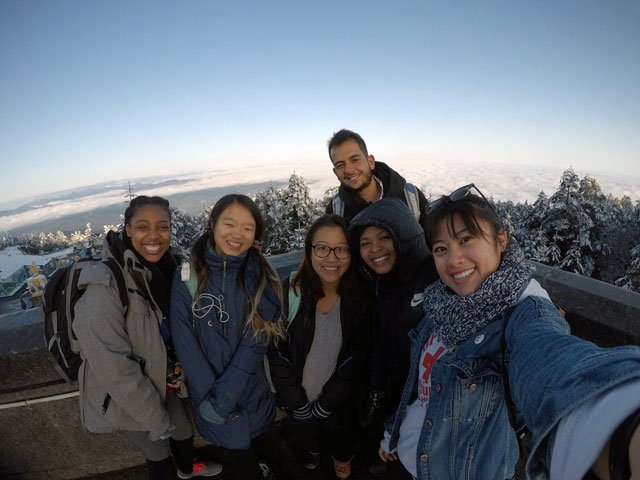 Why do you believe studying abroad for a year is more beneficial than a single semester? I think that studying abroad for a year was more beneficial because I was able to have more time to use my Chinese language skills in a native setting, but I was also able to develop deeper relationships with the people I met. I thought that it was such a great experience getting to fully take in the culture and people without feeling rushed.

In what ways were you pushed out of your comfort zone and how did that help you grow as a person?
After a few days in China, I soon realized that every time I spoke with a new Chinese person, they would assume I was Chinese. I would have to tell them that I am Filipino-American, but they couldn’t believe that I was American. I was really bothered by this because it made me feel like a big part of me was being dismissed. However, I realized that not very many Chinese people meet foreigners that look like me or are Asian in general. So I took these new interactions as an opportunity to show people that the U.S. is a diverse place with all kinds of different people from different backgrounds. 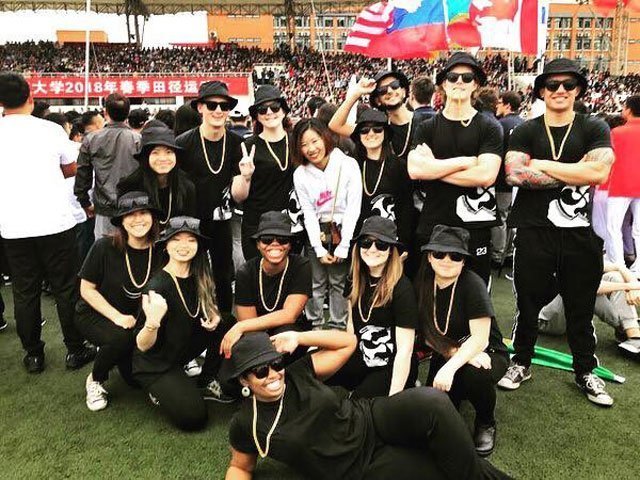 What did you learn about yourself during your time abroad?
My time abroad helped me figure out what I wanted to do in terms of what I wanted to study and what I wanted from a career. After seeing all of the fast growth happening in China, I came back to my university and added a second major in Urban Development because I became very interested in that growth. In general, I loved my time abroad, and I definitely would love to go into a career that involved an international aspect after this experience. 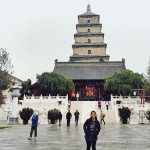