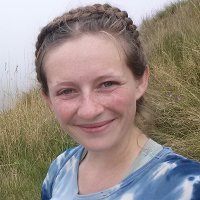 Breanne Bartok, a current study abroad student on our Stirling, Scotland program, wrote us about her personal experience as she watched history unfold before her. 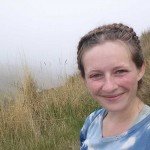 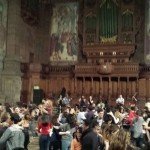 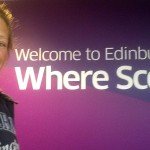 There were booths in the Atrium (the main lobby/building area where there have been events and Activities Fairs all week) for both sides. I’ve seen a lot of people wearing Yes badges, and windows and front yards sporting Yes signs…moreso than the No signs, anyway! When I attended a debate on Tuesday between students voting Yes and students voting No, there were at least twice as many Yes’s. There was no winner, as it was more of a discussion… the No side seemed to have more logic on their side, while the Yes side seemed to be driven a lot more by hope and sentiment – but what they may lack in logic, they certainly had in passion. Both sides have twisted statistics though – the Yes side says Scots will get an extra £600 per year per capita as a result of taxes not being deferred to the UK, while the No side has claimed each Scot will have to pay an extra £1200/year to make up for the economic support from the UK.

But that’s politics – each side paying someone to study numbers and tell them what they want to hear. It makes it very hard to make a decision though. I’ve heard that there is a greater percent of the population in favor of independence in Scotland than there was in the Americas in the time of the American Revolution… so it’ll be very interesting! Some are cursing this referendum for dividing people; others are praising it for causing so many people to now becoming involved in their country and politics.

I’ve listened to arguments on both sides, but as either side’s victory won’t really affect me – if the Yes wins, the official Independence Day isn’t set until March 2016 – I have tried to resist forming an opinion. It’s not up to my say. But I’m so grateful to be here in such a historic time! We’ll see what happens 🙂

Many are now predicting a narrow No victory (with last-minute Undecideds being more afraid of independence than remaining part of the UK), though the count has barely begun and there is no definite way to validate this. Ballots from Edinburgh and Glasgow, where the largest percentage of Scottish voters reside, aren’t predicted to be in and tallied until around 5am. Aberdeen, also a big city, is predicted to be the final submitter of ballots, around 6am. The decision will be announced around “breakfast time,” which, according to the BBC live News feed I’ve been following, could be any time between 6:30am and 7:30am. From the pictures of the counting centers posted on said News Feed, it looks as if this is a paper, not electronic, election – so the counting will certainly take all night!

Logic therefore tells me to go to bed and wake up to check the status in the morning; I’d have to pull an all-nighter to witness any concrete numbers being released, if they’d even be released at all. But I can’t help feeling like a child on Christmas Eve – tomorrow I’ll wake up and discover something spectacular, something new, for whatever the final say is, Scotland will be different tomorrow. I’ll either wake up to an independent Scotland, or one that has willfully made the choice to remain part of the Union. I’m too excited at the monumental importance of this event to sleep! (Even though I really need to – Referendum or no, I still have class tomorrow! But most people are out at the pubs tonight anyway, so I won’t be the only one a bit worse for wear!)

For the curious, here’s more about our Stirling, Scotland program. 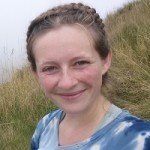