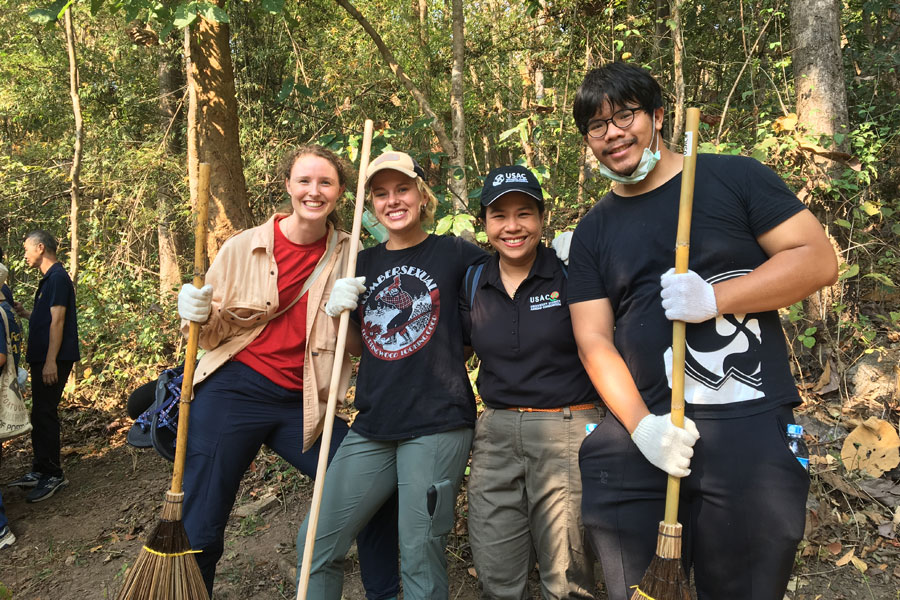 When you study abroad you are faced with a variety of opportunities. Perhaps one of the biggest opportunities and challenges is to mingle with the locals to learn, share, and be a part of solving their problems using your heart and hands.

Every year, the Northern part of Thailand is encountered with the ‘wild haze and smog’ problem. The season can start either in later February or early March and it proceeds until April. The smog is caused by a widespread burning of farms and forests. There are nine provinces where air pollution always reaches a hazardous level, Chiang Mai being one of the nine on the watching list. 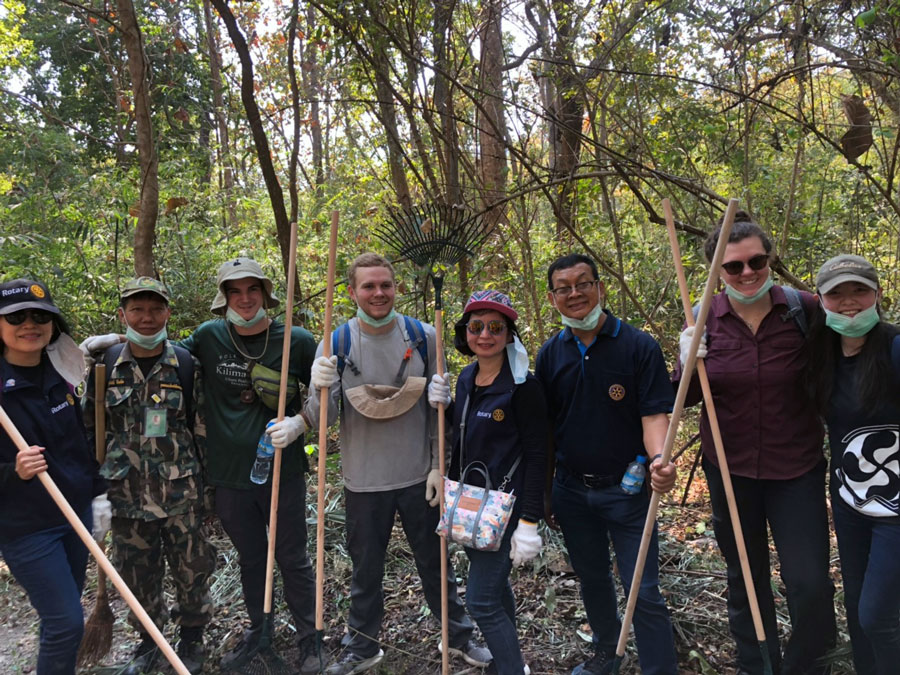 Doi Luang mountain is also an area that is threatened by the wildfire. It is located in Chiang Dao district, north-east of Chiang Mai. It’s also known as a massive limestone mountain that is full of biological diversity. If the wildfire spreads and can not be stopped in time wild animals such as boar, barking deer, and land turtle are at risk. There is also the possibility that the smoke from the wildfires will spread and affect villagers that live close by. The locals around the mountain and even residents in the urban area are suffering from respiratory problems, including asthma, burning eyes, sore throat, headache, and cough due to the smoke.

With concern, CMU’s USAC students and the Student Union of Faculty of Political Science and Public Administration have collaborated with the Chiang Dao Youth Camp and created an activity with the locals and volunteers from Big Tree Project and Greenpeace Thailand to make a firebreak by cutting grass and reaping dry leaves. The goal is to make a hallway to border the burned areas of Doi Luang Chiang Dao.

“I loved being a part of this activity because we were able to work alongside local people striving to make a difference together. We not only swept the forest floor making a fire break to help keep the fires from spreading, but we got to know each other, shared a meal together, sweat together and then afterwards went swimming in the waterfall to cool off! It was such good time being a part of the Thai culture and investing in the local community. So worth the experience!!” Anna Cook, Grove City College 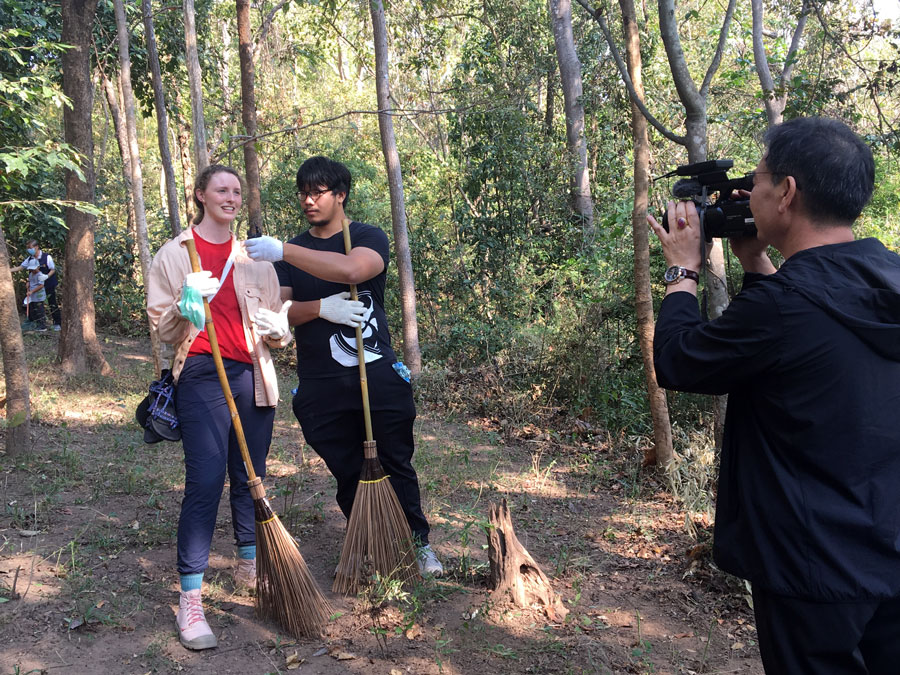 USAC Student, Anna Cook, being interviewed about volunteering to build the firebreak

Even though there is just a 40% chance of the firebreak being successful; when people join hands, see how severe the wildfires are, and learn about their effects, all kinds of behaviors that cause wildfire and smoke will be decreased and fresh air will eventually be redeemed. 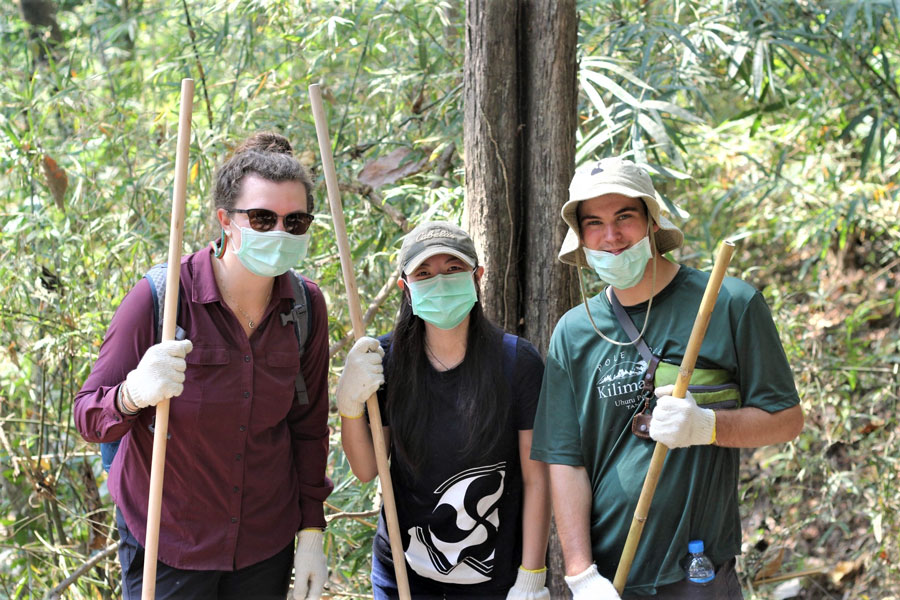 “I had so much fun volunteering for the firebreak, volunteering did not just allow me to do a good deed but it also gave me the opportunity to become friends with the locals of Thailand. It was a learning experience  all around I learned how to do a firebreak, about the animals and insects that inhabit this particular forest, and I even learned how to speak more Thai and better understand the language I came to Thailand with the purpose to combine myself into the culture and experiences such as this one get me closer to my goal.” Misaely Valenzuela, Arizona State University 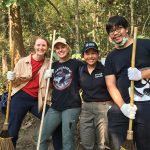