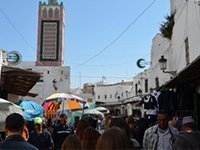 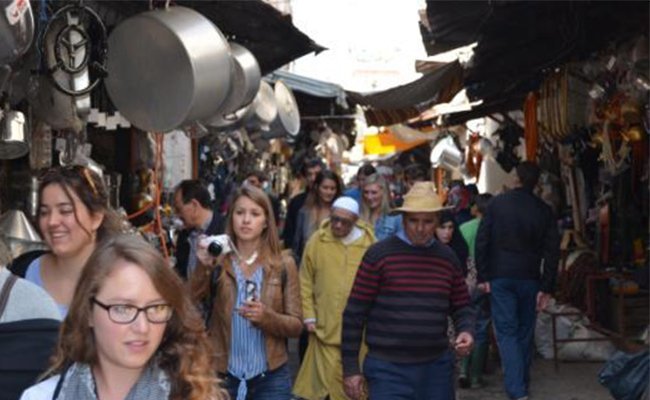 Tétouan was of particular importance in the Islamic period, from the 8th Century onwards, since it served as the main point of contact between Morocco and Andalusia. After the Reconquest, the town was rebuilt by Andalusian refugees who had been expelled by the Spanish. This is well illustrated by its art and architecture, which reveal clear Andalusian influence. Tetouan was also the capital of the Spanish protectorate. The town’s past importance as the capital of the Spanish zone, where the Spanish High Commissioner lived, is apparent in its imposing civic architecture. 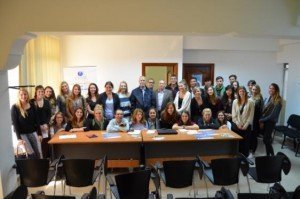 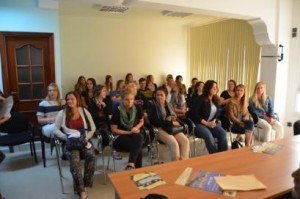 In the morning we went to the National Observatory of Human Development (ONDH) in Tetouan, where we had a meeting with Mr. Rekraki, the director of ONDH, and other members of the center. The meeting with the director was very interesting as well as humbling. The ONDH is a committee of 37 people and their main objective is to better Morocco by spreading awareness about human rights. They target all Moroccans but their main audience is students. They raise awareness by holding conferences and explaining to other audiences what human rights are. They also want to teach people the difference between politics and religion.

When my classmates and I sat down with Mr. Rekraki and his colleagues from the ONDH they were extremely welcoming. They were excited and eager to share with us the history and objectives of their organization. They were speaking in Arabic and our friend Muhammad would translate it to us Americans. But even with the language barrier, we could all see how passionate these individuals were about their work. It was a true honor to be in the presence of people who are trying to change this corrupt world that we live in. Sitting down with the ONDH committee was a wonderful and unforgettable experience.

After the conference and debate, we went on a guided tour of the medina and ended up with a group lunch in the restaurant El Reducto. This restaurant was an Arab palace and former residence of the Gran Visir of Tetouan during the colonial times of the Spanish Protectorate. Eating Moroccan food in a Spanish run restaurant dating from the colonial times: what a wonderful way to conclude our field trip on the two sides of the Mediterranean! 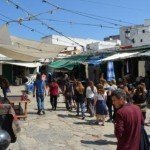 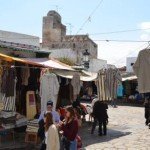 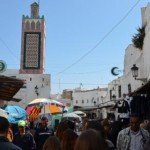 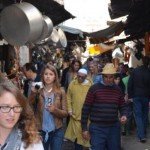 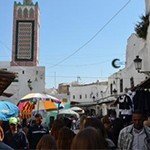