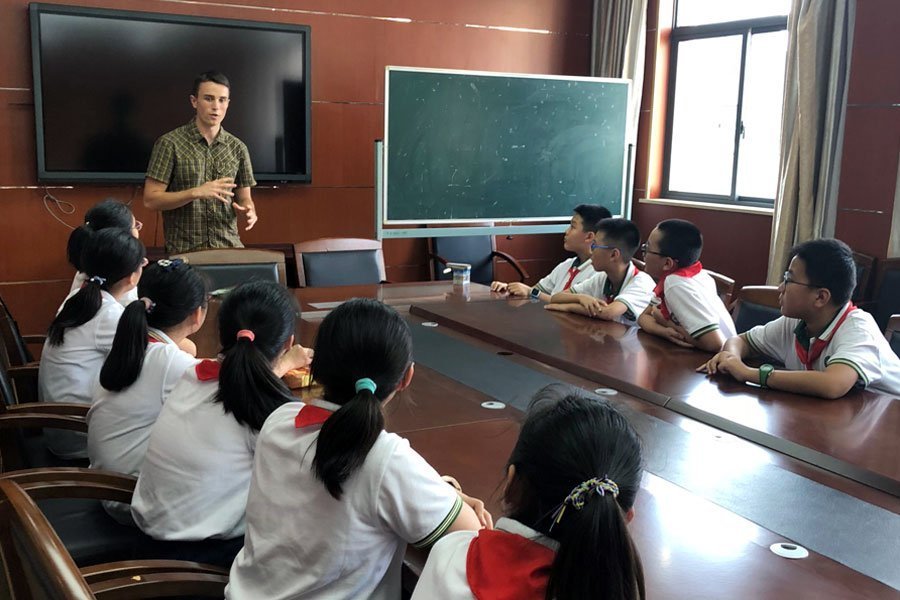 My study abroad in Shanghai, China has been a wonderful experience in so many ways. I knew before coming here that I wanted to get involved on a deeper level than simply a visitor. When I heard about the opportunity to teach English in Shanghai at a local middle school, I jumped on it.

I teach an after-school English corner every Monday for sixth graders. My first class I felt intimidated. At that time, I knew almost no Chinese, and after only being in China for two weeks was still quite far out of my comfort zone. I had heard that the kids’ English was good, but it was hard walking into class not knowing exactly how good. As I stood in front of the class surveying the 15 kids with their hands folded on their desks staring at me, my heart was pounding quite a bit. But, like the principal told me to do, after introducing myself I divided the kids up into groups and gave them a topic to talk about.

I walked around the room, listening to something incredible twelve-year-olds speaking English at the level that Americans speak Spanish in college. As I moved around the room, encouraging the kids at their impressive efforts, a wave of relief swept over me. This wasn’t so hard! I was doing it.

Getting More Comfortable With the Students

Each class, I’ve focused on a different topic. The kids love hearing about what my life is like in America, so I’ve taught lessons centered around fall traditions, games, and my home state of Idaho, among other things.

Because it’s a conversation class, my goal is to get them to open their mouths as much as possible. Oftentimes, I show them pictures for them to describe in their groups. I usually give them some vocabulary they can use at the beginning of the lesson. Sometimes I even give out homework to reinforce what they’re learning.

I see my primary role as a cheerleader. I want to inspire them to see the usefulness of and joy of learning a new language through showing them bits of my English-speaking world. The kids think it’s hilarious when I speak Chinese with them, and its fun having them show me their world too.

Reflecting on This Experience

From that first class I began teaching English in Shanghai until now, I’ve grown a lot as a teacher. Although I’ve been a teaching assistant before, having a whole class by myself is something new. It’s not only stretched me but getting to know and encourage the kids is so rewarding. Because I’m also focused on learning Mandarin here, I feel a certain camaraderie with the kids. We’re both trying to do something quite hard.

I’m proud of the kids, and in their own way they’re proud of me. Their knowledge of English at only twelve, their energy and excitement to be learning, and their interest in the outside world has blown me away. I feel humbled to have had this opportunity.

Noah, thanks for sharing the details of your teaching experience. With your picture and the description of your interaction with the kids, I can almost feel being in the room with you. What a great and rewarding adventure for you. 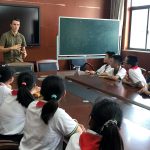