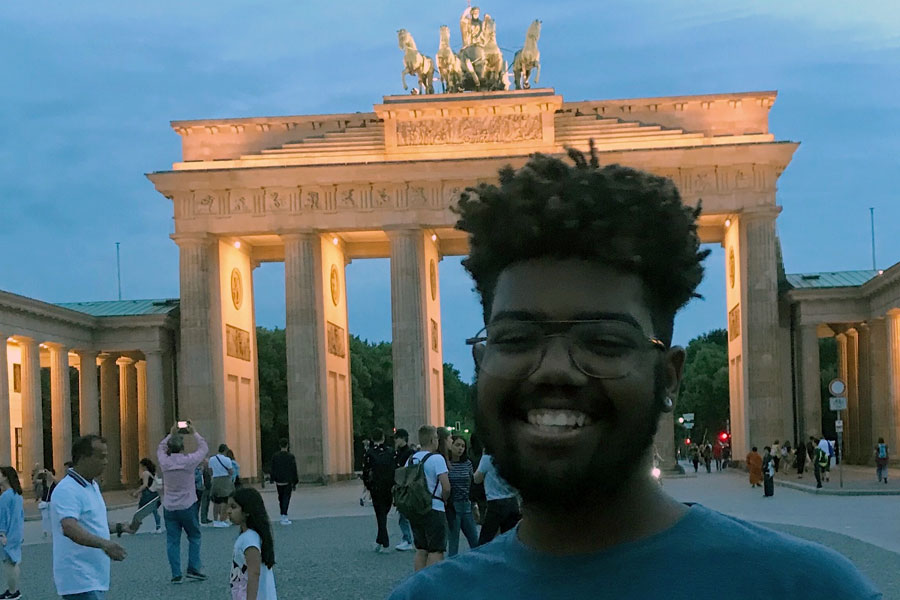 DeVanté Thomas-Pittman studied abroad in Lyon, France in Summer 2018. He is a French and German major from the University of North Carolina, Charlotte. DeVanté identifies as a Black-American gay male and spoke with USAC about planning and attending his study abroad in Lyon, France as an LGTBQ+ identifying person.

What kind of research and resources did you use for planning your study abroad?

I connected with my home university’s resources. I was able to connect with LGBTQ+ identifying students who had studied abroad before me, and I could ask them serious questions about their experiences. YouTube was also very useful. I watched videos centered on LGBTQ+ travelers’ experiences, and how to navigate your identity in a foreign country.

Was your race/ethnicity a factor in where you decided to study abroad?

Yes, my race was a determining factor. I knew that going abroad as a person of color is not often expected. Many, but not all, students who look like me have financial, social, or other reasons for feeling that study abroad is out of reach. I believe that it is an opportunity that is worth it, however.

What were you concerned about before you left?

My biggest concern before I went abroad was feeling accepted and safe enough to be open about my sexuality. In the States, especially in the South, I have experienced antagonization for being openly queer-identifying. I was worried that I may have to hide an important piece of my identity that would stop me from being authentically myself.

What was your experience in your country as LGBTQ+ identifying person?

As an LGBTQ+ identifying person, I found people living in France to be equally accepting of my identity as people in the States. I actually felt more comfortable being open in Lyon, than I do in my hometown. Since Lyon is a major city, I met people of various backgrounds that I hadn’t had the opportunity to interact with at home.

What local resources did you find available?

Was it easier to be out while abroad?

For myself, being in Lyon felt like being out was even more normal than in my hometown. I come from a large city in the South and didn’t realize just how much more progressive peoples’ mindsets could be in another country. The ease of being out in France was refreshing.

What influenced your decision of how out you’d be during your time abroad?

Speaking with USAC staff members about being open and out while I was abroad aided me in feeling able to be completely open about my sexuality. I felt that while I was abroad I could speak with my program’s coordinators about any issues that I may have faced, and received useful assistance. I also felt that realizing that I could be the reason another student feels safe to go abroad was important to me.

Who were your biggest motivators during your application and preparation phases to study abroad?

My biggest motivators for me during my application and preparation phases were my boyfriend, professors, and my mom. They all knew how impactful this experience would be for me, and they wanted me to succeed.

What did they do that was most supportive?

The most supportive thing my motivators did was listen to any worries that I had going into the program and while I was actually abroad. They all helped me to remember my “why” for going abroad in the first place.

Now that you’ve studied abroad do you look at the world differently? Has it changed the way you identify? Do you have a new perspective on rights/freedoms that we have don’t have in the U.S.?

I genuinely look at the world differently. Specifically, I am more optimistic for positive change and I am able to show up in spaces more authentically. I was able to better understand the fluidity of gender and sexuality. I am an even bigger advocate for human rights and freedoms. I have been able to speak with people from around the world about what civil liberties look like for them, and I am able to spread that information to folks home in the States.

What advice do you have to future LGBTQ students who want to study abroad?

If you’re interested in speaking to USAC alumni about their experience abroad, please email your program advisor or studyabroad@usac.edu. 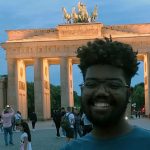