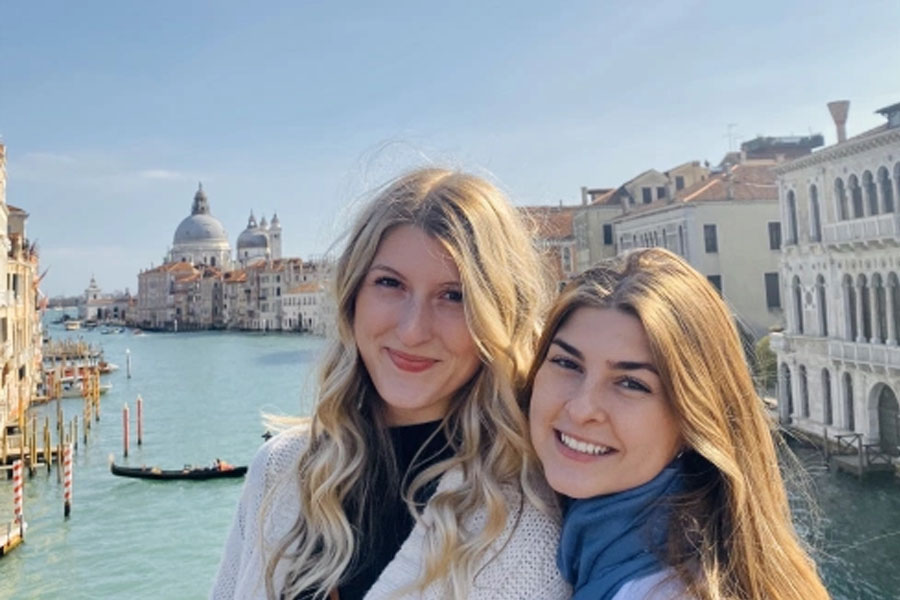 Alexandria Ingvardsen Is a Cal State, Chico student, and alumna of the Viterbo, Italy program. Alexandria was studying abroad in spring 2020 when COVID-19 caused her study abroad program to end early. Below is Alexandria’s reflection on her last week in Italy.

Italy, it had always been Italy. From the time I was a freshman in high school, I knew I wanted to study abroad and immerse myself in the Italian culture. Something about the serenity of the countryside in comparison to the busy obnoxious streets of cities like Rome really intrigued me. The over-exaggerated hand gestures, the world-renowned cuisine, the overabundance of ancient history, the architecture, are all things that pushed me to constantly want to live in Italy. I had great plans for what my study abroad experience would be like. I knew exactly where I wanted to travel, how I wanted to take pictures, how I was going to make lifelong friendships. My own experience abroad turned out to be quite different.

We lived in a small city two hours north of Rome. Viterbo was utterly enchanting, and the pace of life here was something like I’ve never seen. One moment the streets were completely empty, but a moment later couples walked their dogs, children laughed and ran through the streets, teenagers giggled in the corner smoking cigarettes. It was a small town, but the personality of the city affected me more than any other place I had visited across Italy. We all loved it there. Maybe not at first, with the overarching fear of the new and unknown and the drastic culture shock I and many of the people in my program experienced. But, nonetheless, we came to love the city. We loved the food, the extremely harsh accents when the locals tried to speak English, the small streets, the bars, the fountains in every piazza, and the history. I think we all even came to love the smell of cigarette smoke. It finally started to feel like home.

We all knew about what was happening in China. The stories and the news articles about this new “respiratory flu.” It seemed like a big deal- but it was in China, it wasn’t our problem. The first I heard of the virus in Italy was the weekend of the 21st of February. It was all in Northern Italy, which unfortunately was where we were headed for the weekend. While traveling across Verona and Venice we knew there were cases in these areas but we didn’t focus on that. It was Carnivale! People were dressed to the nines in glorious outfits, families flooded the streets, and floats were paraded through the city. I remember seeing some people in surgical masks, which at that point I thought it was rather silly, as we were fine, and there were only a few cases in Italy.

We had an amazing time in Northern Italy and by that Sunday we were back in Viterbo. The next week and a half is a blur to say the least. One day we were going to classes like normal, being told to wash our hands a bit more than usual, and the next we were being told to leave the country as soon as possible. This virus was spreading and they were concerned for our safety. I left March 2nd. It had been 54 days since I landed in Italy. That’s less than half the time I was promised I would live abroad.

It’s very difficult to put into words for me the pain and the experience of having to leave and abandon something you’ve wanted for nearly seven years. I’m still filled with anger and disappointments,  and I’m fearful that I will stay that way for a long time. It’s just so unfair, as this was our moment to see the world, our chance to become more independent, to travel when we’re young, to fully immerse ourselves in a new culture. And it was cut so short.

I’ve decided not to name the virus. Simply because it’s not what I want this article to be about. We’ve all heard the name over and over; in media, on the TV, at the grocery store, and it’s not really about the virus itself in my case. Yes, it’s awful, too many people are cradled by fear. Fear wraps its arms around the people of the world, whispering about the spread, the fatalities, the unknowingness of it all. But, from my study abroad experience I don’t want to think of fear. I’ve had my panic attacks, and my anxiety about this situation, I’ve cried enough. I don’t want this article to be about my anger or my sadness. It was something none of us could control. Instead, I want to reminisce on what made the time I did spend abroad so incredibly humbling.

I met some of the most caring, kind souls on this trip. They are what made my experience. In such a short amount of time I created a bond with these three girls so strong, I know I’ll have them in my life forever. We all just clicked, it took one trip to Rome and we were inseparable. Having an amazing friend group is something every person strives for. These girls made living in a new place not scary for me. They made me feel comfortable and vulnerable, something I am so thankful for. We drank wine on the steps of Piazzale Michelangelo, took a tour through the Duomo, walked the streets of Rome, and looked upon Juliet’s balcony in Verona. We played Uno until the sun began to rise, listened to Pocketful of Sunshine over and over, laughed until our stomachs hurt, we learned new dances, raced in the streets of Florence and had such genuine conversations until I felt closer to them than many of the people I knew back home.

From this experience, I have learned so much, but most importantly I have learned the value of friendship and how much people can truly affect your life. Although I wish we had had more time to travel and seen more places and to make more memories, I am so beyond thankful for the moments we did have. These girls will be my family for the rest of my life. We’re already planning trips across the U.S., our “United States study abroad” as we like to call it. We plan to get matching tattoos that say luce del sole. “Sunshine.” Although this has been such an unfortunate turn of events, I would do it all over again because of the people I met along the way. To Viterbo, thank you for letting us live inside your walls and witness your beauty day after day. We will be back to walk your streets and talk to your charming people. This isn’t the last you’ve seen of us. 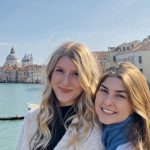