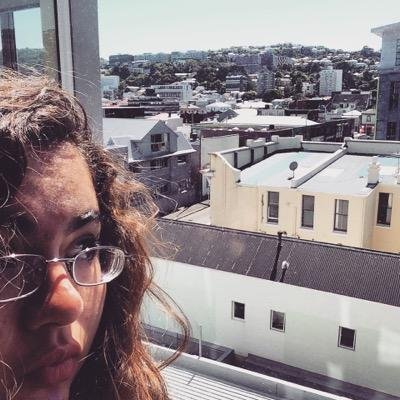 There are plenty of unknowns when preparing for your first real time studying abroad: What is it really like over there? Did I pack enough or too little? Will I be able to stay in touch with friends and family?

Well, we’ve been in those shoes and so has Annalisa Palmer, a current USAC study abroad student adventuring on our New Zealand program.

Here is her take on the anxiety, the questions and more in her pre-departure post.

If I had to give you advice on what to do before you go abroad, then I’d tell you to relax. But honestly, I don’t feel comfortable giving you advice because I don’t know what I’m doing. I’ve never done this before, so I don’t know what to tell you. All I can do is tell you what seems to have worked for me. A major thing to remember, though, is that you can’t attempt to learn everything about the country or city you’re going to because it’s just not possible. That’s one mistake I can already admit to doing myself, and it doesn’t matter how many kiwi films I watch or how many websites I visit that end in .co.nz. I won’t know anything until I get there. People tend to expect too much before they go anywhere, especially with the ubiquitous nature of the Internet (where you can find out practically everything about anything), but that does not replace physically being somewhere. Any teacher will tell you experiencing supersedes learning, and that’s what I want you to remember. 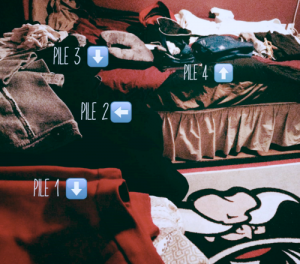 My mess from last night packing

Last night at approximately 10:25 PM I felt this sudden urge to pack. I don’t know if this is just some weird thing that happened to me or if other soon-to-be-travelers sporadically pack before they go to bed, but it happened. I hadn’t done anything productive all day. In fact, all I did was watch fantastic kiwi films on Netflix, bike, and drink coffee (not in that order).

My brain screamed at me before I went to bed: “Anna, you leave in 22 flipping days—what are you doing with your life, and why haven’t you packed!?” And, I responded my invading my brother’s room to pack right then and there. I didn’t finish until 12:30 AM.

Prior to last night’s capricious event, I went thrift shopping for some nicer clothes that I wouldn’t really care about ruining, bought some electronic necessities like my adaptor plug, extra power for my phone, and a tripod. A tripod isn’t entirely necessary for studying abroad, but since I’m taking photography and videotaping some events to make videos, I decided to spend $25 on a decent one. These are fairly reasonable things. Last night’s charade was not, and yet, this morning I woke up and was surprised at how accomplished I felt. Of course, it could’ve just been a morning haze.

Anyways, my packing is over with, and now all I’m doing is working until it’s time for me to go. Money-wise, my part-time job has been super helpful, yes, but also my online freelance jobs have helped too. If you have the capability to do so, I highly recommend getting a freelancing gig. The money adds up. Even though I occasionally despise my two freelancing jobs, they pay off, and I’ve already made around $600 from them. 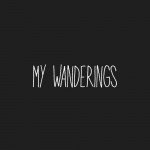 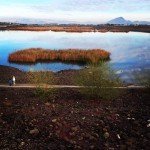 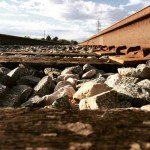 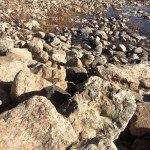 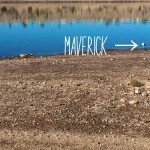 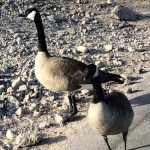 If you can, apply for scholarships to help with fees and travel as well. I was honored to be awarded a USAC scholarship from my host university’s international programs office, and I also received the amazing ENZTA scholarship from the Government of New Zealand’s Education Department. That’s around $3,000 that I didn’t have before. Look around and see all the opportunities that are available to you, and be sure to ask your study abroad advisor about them.

Something I’ve emphasized on my days off from my part-time job and freelancing is spending time alone and “getting lost.” How do you expect to find yourself in a new country if you don’t spend time alone, wandering, in your own country? I don’t recommend going to different states on an ill-planned road trip. No, what I’m asking you to do is to just go down a trail in that park you always wanted to visit. Explore any national parks close by. Dance in the dark barefoot on crisp, dew-laden grass. Learn how to ride a bike if you haven’t already, and ride as far and hard as you can going nowhere in particular. Forget your car, and walk some place even if it’s 4 miles away.

However, don’t ostracize yourself from your family while they are still in the same country as you. Yes, you need to get used to being alone, but be with your parents, if they live closely or with you, and siblings, if they don’t live in Mongolia. A fun thing I’ve gotten used to doing with my parents since I still live with them is to watch kiwi films and TV shows when we’re all on the couch after work and dinner. If your will-be host country is famous for something, then try and share it somehow with your loved ones. Let them know you’re excited to go because you are, aren’t you? I can tell you that my dad can now do a perfect kiwi accent after being inundated with NZ programs. It’s hilarious, and you want people to be excited for you. Don’t let your parents, siblings, and/or friends think you’re just going away to get away from them, even if that’s your motive. You love them, and they love you, so share your excitement. I promise it will kill the nerves.

“Times change and so must I. We all change when you think about it. We’re all different people all through our lives, and that’s ok. That’s good. We have to keep moving, so as long as you remember all the people you used to be.”
— The Eleventh Doctor

For those of you reading this because you’ve chosen or are thinking about studying abroad in New Zealand, my advice to you is to join the Massey University Facebook page. Even if you’re not staying in the dorms, still join because you’ll meet amazing people. I already have 10 potential friends in New Zealand who I’ve never met, well, except one.

Yes, I’ve met someone from New Zealand who I’ll be studying with in 22 days. I simply introduced myself on the page and it just so happened that she was coming to my city with her family on their little tour of America. We had such a good time together while they were here, and now I have a friend thousands of miles away. To be honest, I’ve never been a very social person, but my want to travel and preparation to go abroad has already changed me: I’m slowly coming out of my shell, and that’s not necessarily a bad thing. I’m not afraid, and you, dear reader, shouldn’t be afraid to travel and change either.

If you’re going to New Zealand, don’t worry about anything. The main thing I want you to do is to recognize and learn from their culture. Before you go, try to meet a New Zealander or watch a kiwi show. Hear them speak, and see what they make and behave like. I highly recommend watching the following kiwi programs: Boy, The Flight of the Conchords, Eagle vs Shark, Short Poppies, Love Birds, Top of the Lake, and any interview or movie by Peter Jackson. That last one doesn’t have quite as much about New Zealand, but you can see the beauty of the country in the films and figure out what the whole 100% Middle Earth thing is about.

Most importantly, though, leave America behind for a bit. Become acquainted with whatever country you’re going to, and respect it and the people living there.

What questions do you have before taking the leap to study abroad? Let us know in the comments below! 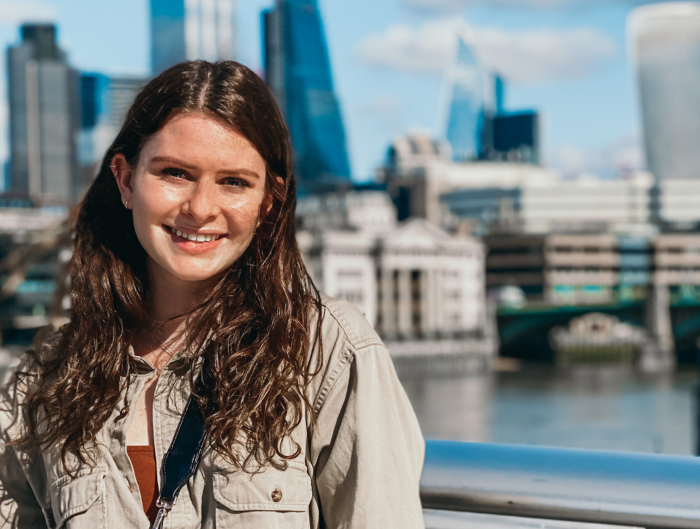 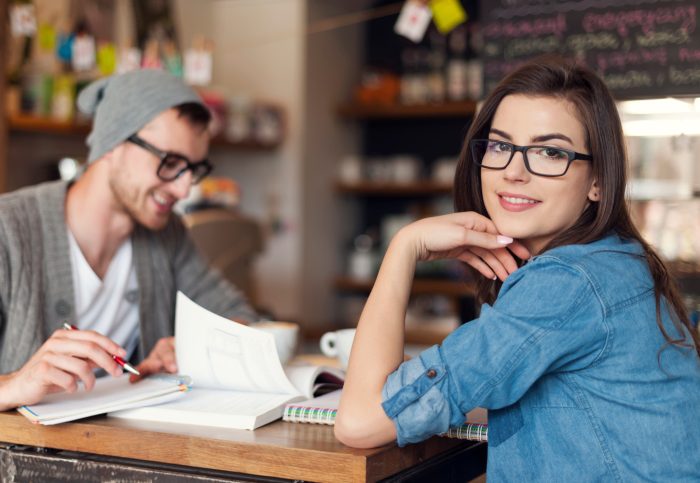 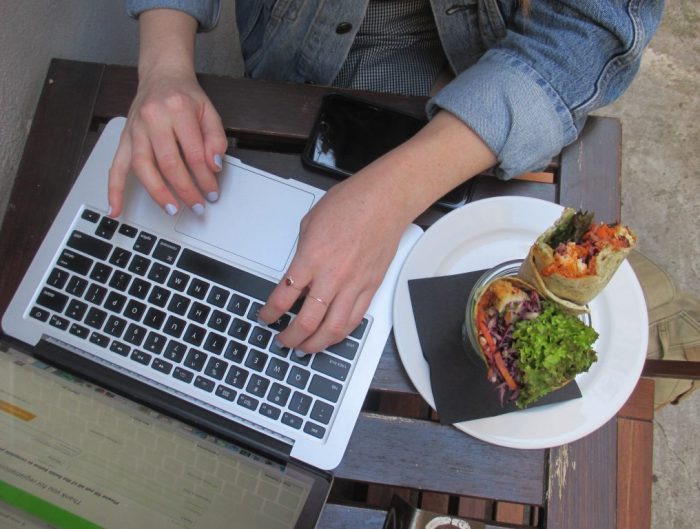 Supporting Community Growth in Montevideo: The Longterm Benefits of a Virtual Internship
April 1, 2021 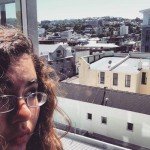