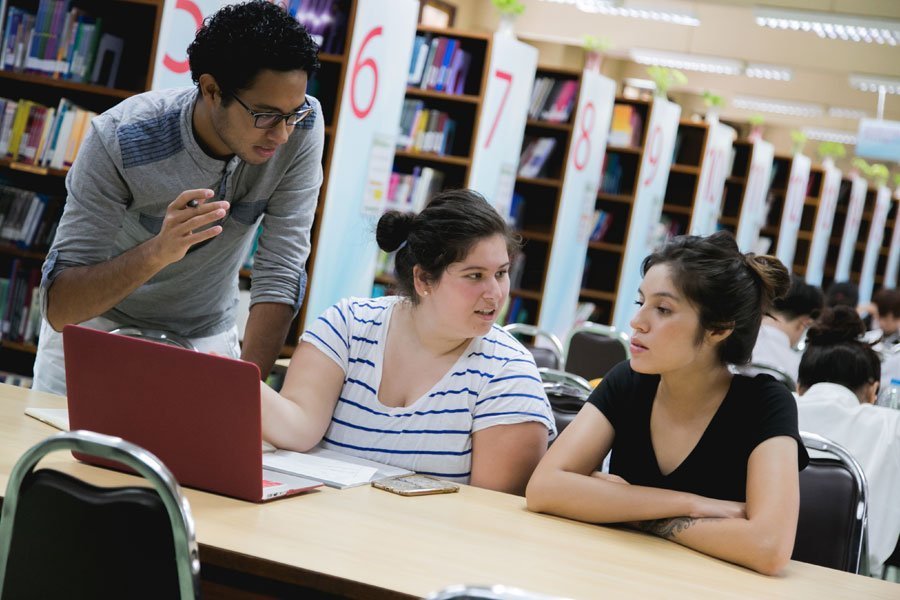 If you’ve ever thought, “I can’t study abroad, it’s just not feasible for me,” this post is for you.

Every student deserves to study abroad. We believe this and so does our newest scholarship partner, the Fund for Education Abroad (FEA).

FEA has been changing the lives of underrepresented U.S. students since 2010. They focus on making international education experiences accessible to all students, including minority, community college, and first-generation students, through scholarships. In February 2019, FEA announced that they’ve received a pledge of $90,000 from NAFSA: Association of International Educators to fund scholarships for African American undergraduate students to study abroad.

In 2018, we announced that USAC was becoming an official FEA Access Partner. What’s that mean for you?

It means we’ve pledged to provide financial support towards FEA scholarship applicants that are attending USAC programs. In short, even more scholarship opportunities for USAC students (that’s you!). This adds to our existing scholarship and discount opportunities of more than $2 million that is awarded each year.

Our partnership with FEA kicked off for the spring 2019 semester, and three USAC students were awarded the USAC Access Partner Scholarship.

We spoke with these students about their goals abroad and how this scholarship is making their study abroad dreams a reality.

I have set high expectations for myself because I am the oldest of three (two younger brothers), the oldest grandkid (1 out of 9) and therefore I set the example for them. I think being the oldest and the one to break many barriers, it is my responsibility to be the best I can be and work hard to make my family proud.

One of my biggest personal goals has been to demonstrate to my family, friends, and members of the Latino community, that indeed it is possible to achieve your goals and dreams. When I was younger, I didn’t have someone to follow in their footsteps or ask for guidance, so I want to be this person for them. I want to give them hope and motivation for what is to come.

As a student in high school I was constantly told that I would not go to college, let alone study abroad. Even in college, professionals and my own peers told me that it would be difficult for me to do and I should just stick to my plan of transferring from Portland Community College to a four-year university, Portland State University. I didn’t let people or comments get to me because I was set on fulfilling my goal.

This scholarship truly changed me. Earlier this year I had applied for a 2018-2019 academic year study abroad program. Unfortunately, I didn’t receive any scholarships, so I was unable to afford it. I was devastated, I cried, and in that moment, I felt like I was not going to fulfill this long-time goal of mine. I gave up on studying abroad for months before I met another person who had travelled to England and encouraged me to try again. Applying to the USAC program and the FEA scholarships gave me hope. To be awarded the FEA-USAC partner scholarship inspired me and it encouraged me to keep going and continue to work hard. I am glad that after everything I did not give up something that has been so important for me for so many years.

In my time in Brighton, I hope to experience an exchange of knowledge with the people I meet. I want to share my diverse background with others. I aspire to become more open-minded and aware of the world by living in Brighton and connecting with its people and culture. On a more personal note, I hope that I become more independent since I’ve lived at home during my three years as a college student, and that the foreign soil allows me to know myself in a sense I didn’t know before.

I am currently a second year at California State University, Sacramento, where I am majoring in English and History. I plan to become an English professor in the future. Specifically, I will be teaching literature regarding Hispanic American writers.

The FEA USAC Access Partner Scholarship is integral to my accessibility to study abroad because I am my only source of income; therefore, I am responsible for paying all the fees that come with study abroad. If it wasn’t for this scholarship, I don’t think I would have been able to afford my program. Along with the financial help, FEA is giving me access to become better in the field I will be entering in the future. Since I will be studying and teaching about Hispanic writers in America, I feel that perfecting my Spanish, and gaining the linguistic relativity that comes with it, is crucial to understanding Hispanic writers’ language in written texts.

During my program and time in Chile, I hope to better my linguistic relativity while also growing to appreciate new settings that might make me uncomfortable. I feel that being in unfamiliar situations forces people to become more understanding and appreciative of the world by helping them gain cultural relativity, so I anticipate that will happen to me alongside making me a better citizen of the world.

I look forward to expanding my horizons by being surrounded by people who will introduce me to ideas and customs that I am not used to as a Mexican-American. I know everything will be a learning experience and I am elated to see and document how I will grow from it.

Allow me to introduce myself, my name is Lisa Ly and I am currently a second-year Criminal Justice major at the University of Nevada, Las Vegas. I am a first-generation college student who was born and raised in Ho Chi Minh City, Vietnam. When I was five, my parents moved to the United States to give their children a better life. My father soon walked out on our family thus my mother had to send us back to Vietnam. After living there for four years, I returned to the U.S. and started fourth grade in Las Vegas. Personally, 2008 was a difficult year because of the language and social barriers. It also did not help that I was embarrassed of my limited English and uncomfortable with my new surroundings. However, instead of viewing that as a disadvantage, I used this factor as a driving force in my academic and professional life.

Finishing school and receiving a proper education is one of my top priorities, as I want to utilize my knowledge and the lessons I have acquired to give back to society. However, as a child of a single parent, I learned earlier on that certain aspects of my education can carry financial burdens. As such, I hesitated to commit myself to study abroad, not wanting to add another financial stress on my mother.

I was once told that the number one reason many college students do not study abroad is due to their personal finances and assumptions about the cost of living in a foreign country. I was formerly one of these students until I attended a presentation hosted by the UNLV Honors College about the University Studies Abroad Consortium.

Before entering college, I had set goals that I wanted to achieve during my undergraduate years, but studying abroad was never a part of it until that night. As a first-generation college student, I also felt that I was always a step behind because of my lack of guidance regarding my academic pursuits; thus, I constantly felt inferior to my peers and discouraged from attaining the apparently impossible. However, after the presentation, I realized that there are various ways to support my abroad endeavor through available scholarships and grants. I came to know the Fund for Education Abroad Scholarship through my study abroad advisor and was encouraged to apply. Receiving the FEA USAC Access Partner Scholarship meant that my dream to study abroad will be supported and realized.

The decision to study in Spain was cultivated from my three years of language classes during high school. One of my fondest memories were the videos we would watch about different Spanish-speaking countries.

Spain particularly grabbed my attention due to its distinct history. As a social studies enthusiast, I have always been in awe of the Spanish Empire and the spirit of its people. Their quest to see the world and its unknown inspired me to do the same.

I want to immerse myself in new environments and learn about the different cultures within Spain, such as Roman, Greek, and Islamic that remain prominent in the regions because of their long-lasting influence.

The city of Madrid, specifically, is known as the Hispanic world’s center for language, literature, and connections. It offers a bricolage of culture, arts, fashion, food, and many more. Studying in this city will allow me to experience a melting pot of varied lifestyles that I would not be able to experience in a smaller city.

Through this endeavor, I desire to gain proficiency in Spanish, the second most spoken language in the world. Afterwards, I hope to apply my skills to my continued study of Criminal Justice and subsequently as an attorney.

It has always been my dream to lend my voice and fight for those who cannot speak for themselves. Being multilingual will increase my chances of providing a better service to my future clients. It is a goal of mine to assure that my future clients’ experiences are as comfortable as possible since I am familiar with the feeling of trying to communicate with a language barrier.

If you’re interested in applying for the FEA scholarship, the Summer 2019, Fall 2019, and Yearlong 2019-2020 FEA application is currently open at www.fundforeducationabroad.org/applicants/ and will close in January 21, 2019 at 12pm (noon) EST. 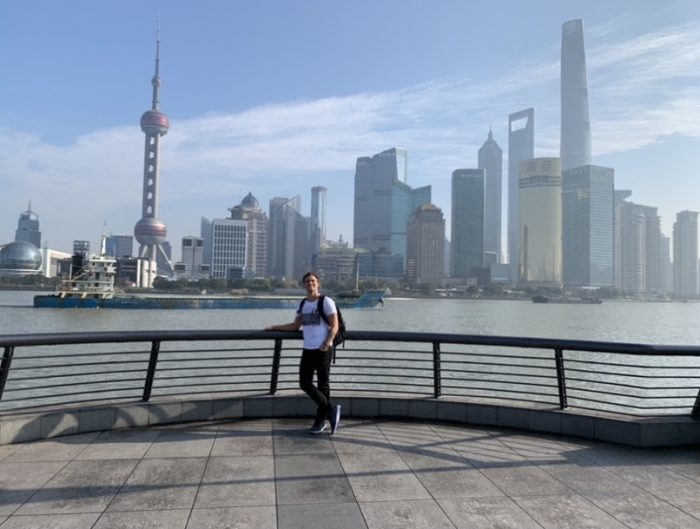 From COVID-Crisis to Career Confidence: How USAC’s Remote Internship Empowered My Career
February 23, 2021 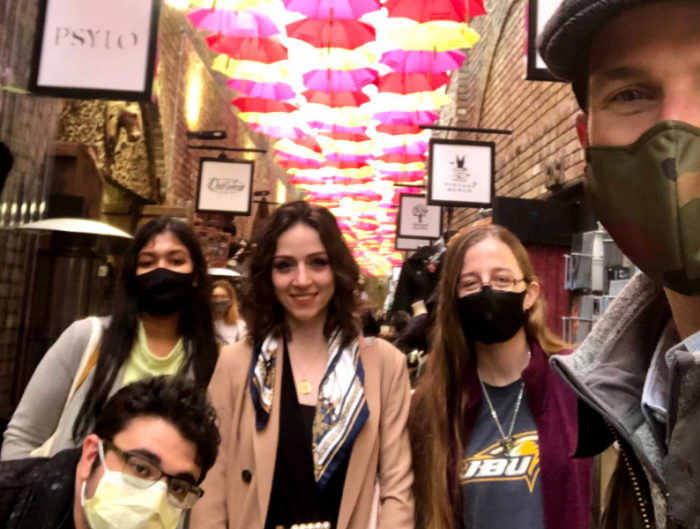 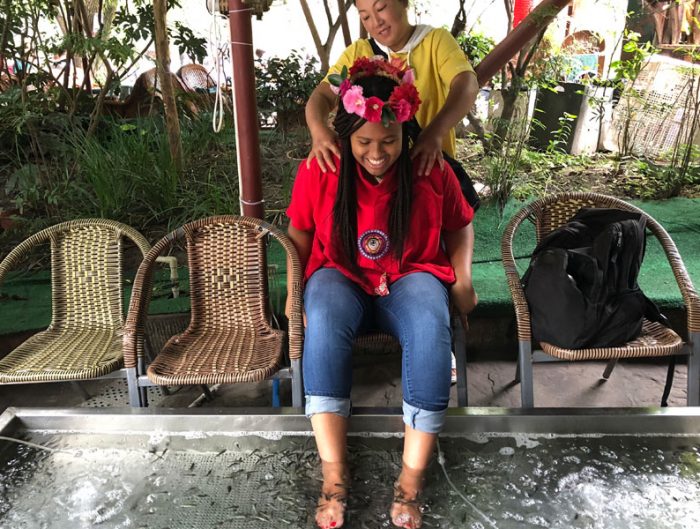 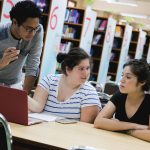