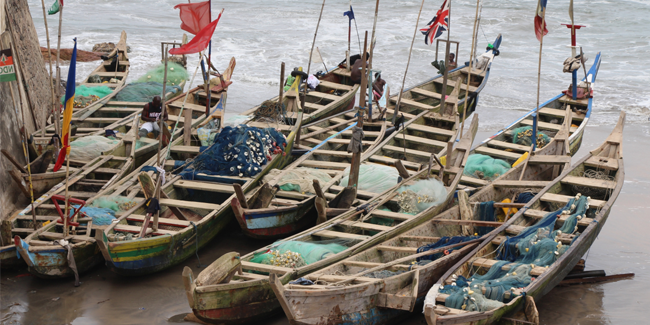 Sam Heister is currently studying abroad in Accra, Ghana through USAC. In the below article, Sam touches on some of the things he learned his first several weeks in Ghana and answers some commonly asked questions he received from his friends and family from back home.

A Thing or Not a Thing

It’s just shy of two weeks from the day we arrived at the University of Ghana in Accra. I’ve had more new experiences in that time than I’ve had in my entire life. It saddens me to know that, no matter how hard I try, I won’t be able to fully describe to you the emotional and spiritual upheaval that is adjusting to the culture in Accra. I can’t describe to you what it’s like bargaining at the art market, what the Medina Market smells like, or what it’s like riding the tro tros (privately owned minibus share taxis) for the first few times. I’m not yet sure how I feel about being stopped for selfies or being stared at by people who have never seen a white person before. I can’t describe the way the cool air feels at night, the sound of birds I’ve never seen before, or how the sky looks at dusk.  I can however offer a rundown of some things that have stuck out to me as I’ve tried to navigate this new world. So let’s play a game. I call it “A Thing or Not a Thing” and the rules are simple. Some things are things and others are not, so here we go.

Yes, it is most definitely a thing, but not as big a deal as you might think. For Ghanaians, getting Malaria is comparable to getting the flu. It can get ugly, but in most cases a trip to the hospital or a homemade remedy can take care of it. And by the way, that trip the hospital probably won’t cost you a Ghanaian Peswa. Most everyone is insured and there are no deductibles or co-pays.*

Walking on the grass

Not a thing. In fact, don’t even think about it. It takes a lot of work to keep the grass looking good, so in nice places such as green spaces on campus walking across the grass will earn you some unwanted attention.

Not really a thing, but as Accra continues to grow you might find a coffee shop in a more developed area. More common is Nescafé instant chocolate coffee. If you order coffee from a restaurant or market this is what you’ll get.

Not. A. Thing. Thirty minutes late is early.

A thing. I had the pleasure of meeting a Rasta man at Tawala beach. My wallet had fallen out of my pocket. He picked it up, returned it and insisted I buy him a beer. Fist bump. To the heart.

A Covert Coup by the American CIA

A thing. In the late 60’s the CIA stirred up Ghanaian politics out of fear of communism. Ghana had just become independent of Great Britain and the Americans wanted to make sure Ghana wouldn’t swing too far in one direction. They stirred things up enough to oust then leader Kwame Nkrumah. In an almost unheard of move, the Ghanain leaders of the coup decided they would hold open elections instead of hold onto power. Today, Ghana has a western style democracy: three branches of government with two houses in the legislature. Ghana also has two major political parties: the capitalists and the social democrats.*

Not a thing. Expect to get confused looks when going for a run around campus.

Not much of a thing. I’m sure there are exceptions to this rule, but despite their high carb diet (meals consist of bread, rice, meat, and beans) not only do Ghanaians not go for a run to burn off a few pounds, they don’t put them on to begin with.

* It should be noted that the information in this post is secondary;  it was gathered from tour guides, locals and fellow travelers.

Are you ready to explore your study abroad options? Read about the programs and locations offered through USAC

*This article was republished from Sam’s blog, Hearts of Oak 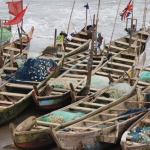