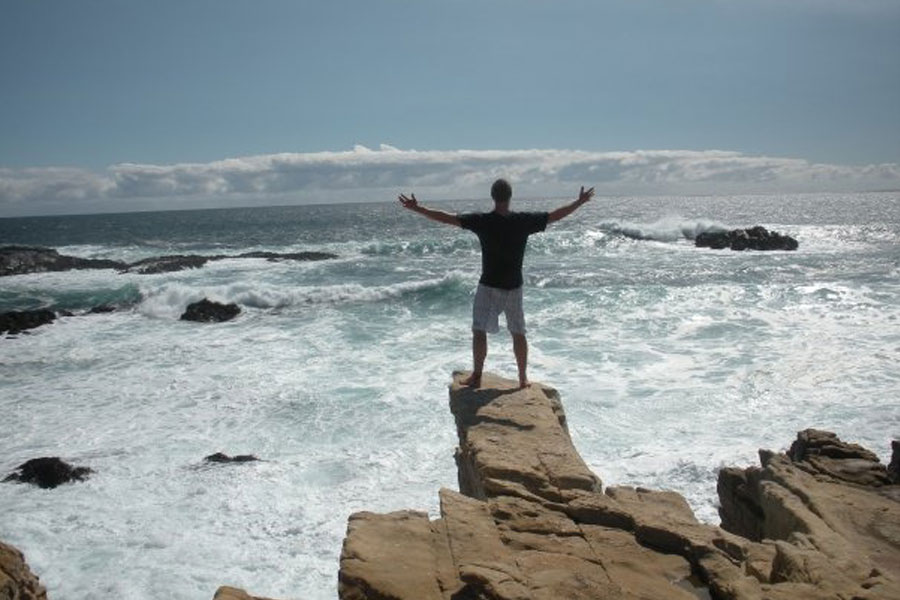 I am still wearing the handmade anklet I bought on the streets of Santiago, Chile while studying abroad there ten years ago. It has never come off. It’s hard to believe that it has lasted this long, that it has withstood the wear and tear of life. The anklet serves several purposes for me. It’s a daily reminder of how far I’ve come since I was a college senior on my first big cultural immersion trip, wide eyed and ready for adventure. It’s a reminder of the people I met and the life experience I gained. And it’s a symbol of how some experiences, like studying abroad, can stick with someone for the long haul.

The anklet I picked out at a street market is red and tan, woven together in five wavy lines. I was drawn to it because it was different than the rest of the souvenirs, it was unique. I was drawn to studying in Santiago in a similar way. Here was a culture that was completely different than the one I grew up in. The people there were more gregarious, louder, flashier, more willing to share how they felt with a stranger than what I was used to back at home. The city was more rugged, raw, edgy and sprawling than my hometown. It was easier to get lost, but easier to find your way back with the help of the friendly locals. The food was simpler. The way of life was fast paced, yet laid back, like the Asado barbecue’s that stretched on all day and well into the night.

Where I grew up, the world was often black and white. There was a right and wrong, a clear line of how you were supposed to be and act. In this new culture I was exposed to, those lines were blurred into a beautiful and sometimes chaotic atmosphere. Through being in a new country, I was introduced to more opinions, outlooks, viewpoints, philosophies and ideologies than I had ever been before. But it was the opportunity to study in another country and live with a native family that truly gave me the opportunity to grow and learn from the culture.

Rather than simply traveling, or passing through a country, I was able to glimpse into family life, student interactions, learn sayings and cultural practices and gain unique access into the lives of Chileans that I would not have been able to experience had I just been a tourist in another country. By sitting in the same classroom as the locals, I had the opportunity to learn things I would not have had I merely been a spectator looking in. 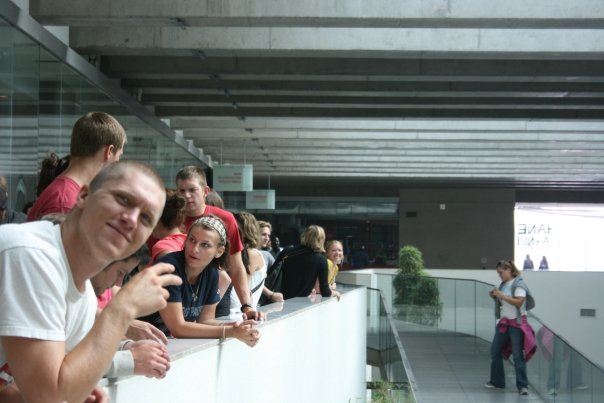 David on campus in Santiago, Chile

When I first bought the anklet, it had round wooden beads on it. It would sometimes rub me in ways that would bring it to my attention, make me notice that it was there. Those beads are long gone, they have fallen off and been lost, but the anklet remains. It is tattered and faded, but still holding strong, still capturing my attention from time to time. It’s a reminder of some of the lessons I carry with me from Chile that I use in my work today.

As a sales representative in the Outdoor Industry, I work with a vast array of cultures and people. Daily, I could be talking on the phone with an Indian owner of a ski retail shop, visiting a Mexican rock-climbing gym manager and emailing a Japanese event coordinator for a running store. I travel the entire state of Washington, from the urban hub of Seattle to the nothing but farm country of Ellensburg. I am constantly interacting with very different attitudes, socioeconomic classes and political opinions. I love this part of my job. My ability to handle these situations, in large part, can be traced back to my time studying in Chile. I gained the capacity to understand how to be okay with differences and listen to other people’s stories. As a sales representative, active listening is a big part of my job. Every business owner that I interact with each have unique needs and being able to relate to people with backgrounds that are very different than my own is imperative to my success.

I know that there will come a time when my anklet will fall off. Maybe I will notice it and be able to save it, maybe it will get lost in the wind. I will be sad when that day comes, but the memories and lessons learned from my time studying in Chile will stay with me no matter what the next chapter holds.

David Gladish is a USAC Santiago alum. He studied abroad in Santiago, Chile in 2009. Today, David works as a sales representative in the outdoor industry. 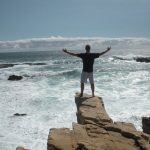