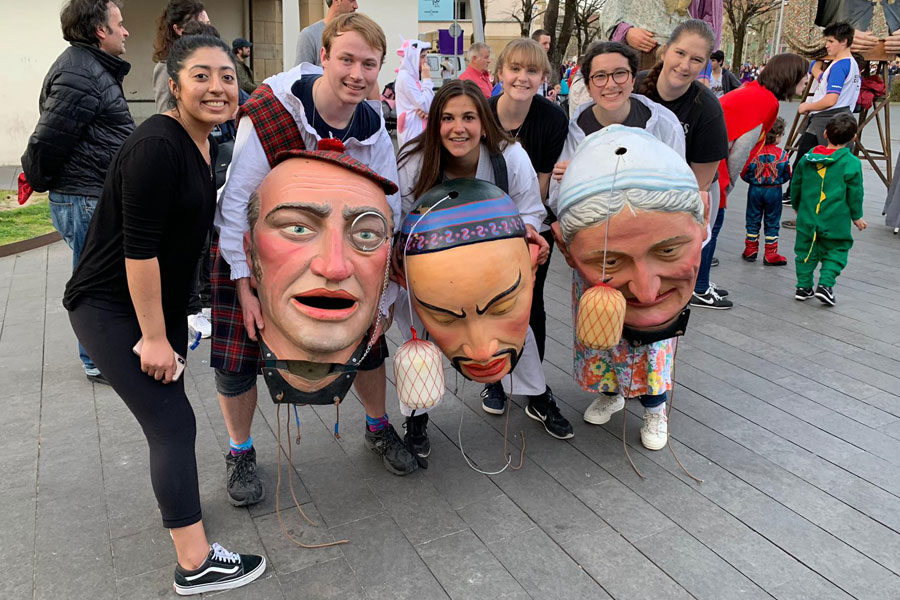 When Nathan learned that a study abroad in San Sebastián, Spain could hone his Spanish skills for his minor and allow him to take psychology courses that fit his major, he knew he needed to make it happen. Not only did study abroad, but he stayed oversees for a whole year. We caught up with Nathan to hear about his time abroad including living with a host family, teaching English to local students, and participating in local Basque festivals. Let’s jump in!

Teaching English while I was abroad was a huge asset because not only did I study abroad, but employers see that I was still pursing some type of work and now have working experience in another country.

How did studying abroad for a year impact your overall experience? Why would you recommend it?

Studying abroad for a year opened my mind to how much more is out there in the world. When I went to San Sebastián, I didn’t know anything about the Basque Country or Basque people, but being there and participating in many cultural events, I now know so much about the culture and the impact it’s had across the world.

In addition, I was able to almost complete my Spanish minor during my study abroad in San Sebastián. Upon returning to my University, I only had two Spanish classes left to complete my minor. Because I was able to be immersed in the culture in addition to the language instruction provided by USAC, I gained confidence in my use of Spanish and it made the remaining classes at my university that much easier.

I had studied Spanish all four years of high school but it never really made sense or clicked in my brain. After living in Spain for a year with a host family that only spoke Spanish, it finally clicked and a language that I could barely use in the beginning, ending up feeling like second nature in the end.

Why did you choose to live with a host family? What is a favorite memory you have with them?

Living with a host family truly made me feel like a local because I would meet my host parents’ friends and when I would see them on the street we would say hello and have a conversation. My host family would take me to their regular spots around town and introduce me to other locals and oftentimes they would remember me and would say hello whenever I would see them.

Overall, your host family and host town really become your town and it feels like home. Anyone looking to live their study abroad experience to the fullest should stay with a host family because you will become connected with the town and culture that you can’t in any other way.

You tutored and taught English during your time abroad, why was it important for you to have these experiences and how did they impact your study abroad?

This is one of the most important experiences I had, professionally and personally. Teaching English challenged me in many ways because I had never taught before, nor been in a classroom where the students spoke a different language. I had to make a lesson plan and schedule activities to keep the students engaged while learning. I had to be able to think quick to change or adapt plans if what I had planned wasn’t working for that class.

Teaching gave me much-needed experience in teaching English as a foreign language, something I had been wanting to do, so I could work while living abroad in the future. Plus it looks good on a resume, especially showing that while I was studying abroad I was working as well. However, this wasn’t just a job or a class, it made my experience in the Basque Country truly unique and I was able to get insight on the education there and what normal school life is like.

It was fun and rewarding to be able to work with the kids and be a part of the community in such a special way. In my first semester, I taught in a small nearby town that became very special to me. I learned about the lives of the kids and the town. I was able to relate to the students learning a new language because I was doing the same thing. I knew what worked and didn’t work for me and was able to use that to help communicate better with the students.

Can you share your experience participating in Basque Festivals during your time abroad?

Participating in the Basque Festivals was by far the most unique experience I had. I remember being in my town’s Christmas parade when I was young and was so excited to walk downtown with all the floats and people. It was so amazing to be able to be apart of something like that during my time abroad.

Through the Basque Language and Culture class, we met a lot of people that were involved in everything Basque. We learned about different cultural aspects and festivals, as they are a huge part of Basque culture. We had the chance to participate in the Carnaval festival in the nearby town of Irun. We wore giant heads called Cabezudos and walked down the parade swinging foam sponges at kids (a tradition dating back many years). We learned about the history and lore behind many of the characters in the festival and I enjoyed every moment of the festival. It was amazing to see all the families and kids enjoying the parade and being able to be a part of that. The people that put on the festival invited us to the dinner they have after the festival. This was an incredible experience because we had unique access to something that is normally for locals, but we were able to join them, and they were more than welcoming. It was one of the many times that made me feel like I was a part of the town and that I belonged there. It was experiences like these that make me feel like San Sebastián is my second home.

How has study abroad impacted your major, academics, or professional goals?

As hard as it was to take the intensive language tracks, I feel like I can do anything after that. Since coming back, I have felt more than prepared to take the classes to finish my Spanish minor and to have the ability to use and understand Spanish has been an amazing experience.

Professionally, it has made me want to continue to pursue teaching English as a foreign language and perhaps return abroad. Teaching English while I was abroad was a huge asset because not only did I study abroad, but employers see that I was still pursing some type of work and now have working experience in another country. To anyone that is hesitant to go, I would say go for it. Experience wise, there is nothing like it and you will make memories and be impacted in ways that will change your life forever.

Practically, the cost for the program compared to that of my university didn’t have a huge difference, on top of being able to use FAFSA and scholarships that are available through USAC makes studying abroad totally possible. I was able to do most of my elective credits and almost finish my minor and didn’t push back my graduation date. Even if it did, I still would have done it because its something I think everyone should experience!

Nathan Majewski attends Grand Canyon University. He is a Psychology major with a minor in Spanish studies. He studied abroad in San Sebastián, Spain for the 2018-2019 academic year. 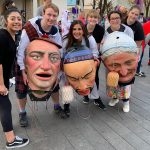