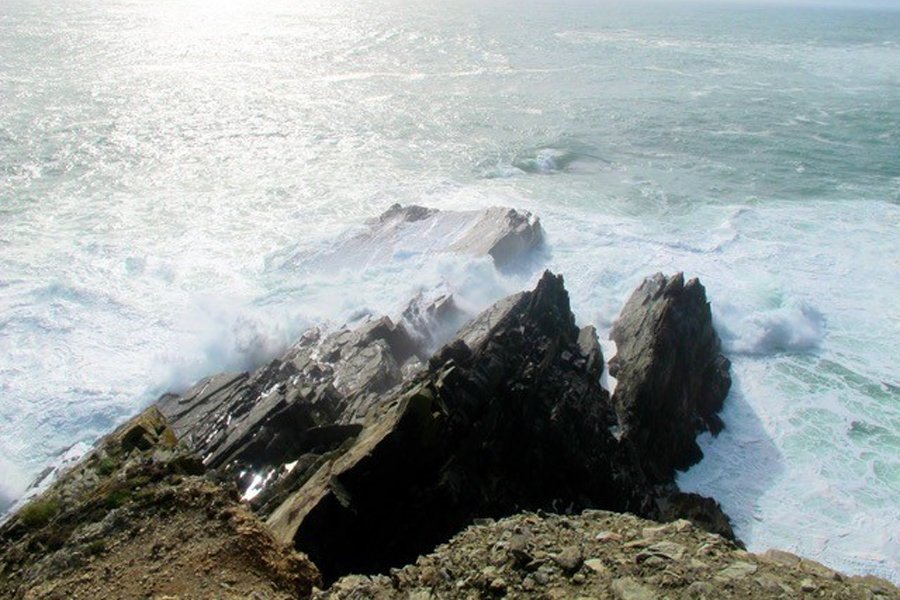 Well, I meant to do this earlier, I really did. But, I also meant to go exercise at the pool this morning when it opened, but it was dark outside and it was cozy in my bed…so that did not happen either.

At least I am writing this now. Better late than never, though, right?

My name is Averie. I am a nineteen-year-old English Major, in second-year university, from California. I am studying abroad in Cork, Ireland, and so far, it has been fantastic! I am feeling far more independent than I have before, and I am learning to rely on myself. Luckily, I am turning out to be quite reliable (yay me!), so I always have my back. I am learning to take care of myself more dependently, too.

In this blog I hope to provide accounts of my time here in Ireland, stories of my time traveling, and notes about what it is like to live in Cork. It has been about a month since I moved into my housing and since university officially started, but at this point, it has been about a month and a half since I have been in Ireland. Let me give you some details of my time here in chronological order so that anyone who is wondering if they should study abroad will have an idea of how things may go, or at least how they went for me.

The way I chose University College Cork (UCC, my host university), Cork, and Ireland as my study abroad location seems odd to most people who ask. Coming to Ireland, that was easy: I have Irish roots, and even though many Americans do, I always was enchanted with the mystery of Celtic Ireland, especially because I am also in love with medieval legends, magic, and stories in general. I thought that Ireland would be an excellent place to learn about all of these things. I thought that England would be too popular, and I did not have as many ties to the rest of the UK. I considered a few nations in continental Europe, but the Emerald Isle still was the most appealing. I chose Fall semester because I wanted to see Christmas decorations (this is where most people look at me like I am crazy), and because I wanted to go home to family for Christmas—my favorite holiday. I chose UCC in Cork because it was the institution my home university offered for Fall Semester in Ireland, and I chose USAC because it was the program offered.

With all of those odd little reasons, I have found that UCC is a sought-after school to attend, and I had no idea. Everything came together so well, just from wanting to see Christmas decorations in Ireland! What luck!

To continue, I will talk about my arrival here—which is not the typical USAC arrival.

Before school began, my parents and I traveled Ireland for almost three weeks, so I satisfied a good part of my wanderlust before I even got settled into housing. If you ever get the chance, there are so many places on this island to visit. I have only gotten a small dose of what Ireland has to offer, but I have seen some of the highlights including: The Cliffs of Moher (a breathtaking edge of Europe, with many more tourists than expected), Blarney Castle (which is much more than a slobbery stone), the Ring of Kerry (with multiple memorable stops), Limerick’s King John’s Castle (with a fantastic museum), Galway, the Titanic Museum in Belfast, Waterford Crystal Factory, and of course the many sites in Dublin.

However, I was not focused just on those highlights, or even the often-photographed hills and their flocks of sheep. We saw multiple hidden gems, many along the Ring of Kerry, some scattered in the cities, but many more dotted along the countryside on our way from one place to another. One stop that was a favorite was Fanad Head Lighthouse, in the northwest of Ireland. It was a drive to get to (I of course was not driving) but had such a spectacular view. We also loved Knocknarea Cairn (Queen Maeve’s tomb atop a grand hill; it was a nice hike) and Carrowmore Passage Tomb (older than the pyramids) in Sligo, New Grange (a practically undisturbed Passage Tomb, similar to Carrowmore) near Dublin, Bantry House and Gardens (with excellent tea and breakfast) in Bantry, Rock of Cashel in Cashel, Ballynoe Stone Circle in Downpatrick, and Glenveagh National Park in the northwest.

I know, that was a long list of sites with odd names. And still, I have more.

It was a long almost-three weeks. 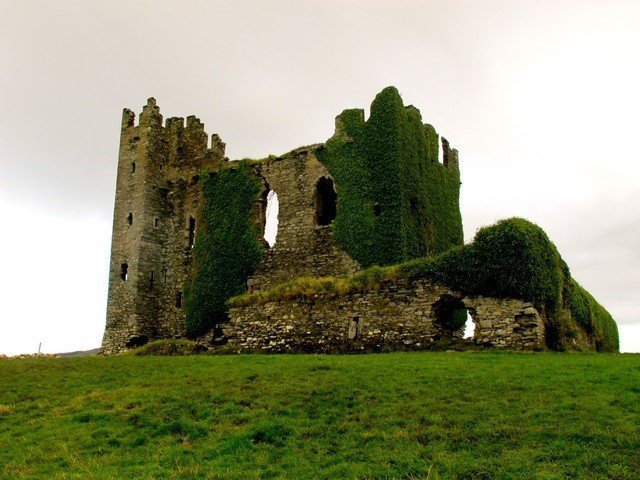 However, all of those places were seen with my family, and not with USAC, so let me move on past the family vacation. We started and ended our travels in Cork, and my parents hugged me goodbye at the Spires Student Accommodation, which is one of the housing options for the USAC’s students. Since I had already traveled, when I moved in I was able to easily focus on getting to know Cork, UCC, and the way to live life alone, instead of scrambling to find cheap tours around Ireland. Not to say that I am isolated—I have four flatmates.

The Spires is a great choice for housing, and it is close to UCC, around a five-minute walk. It is about fifteen minutes from the city center. I usually take a backpack and do one errand for groceries a week, because it is a bit of a walk. It is also a bit of a walk to the Mardyke Center, which is UCC’s fitness center. A mile downhill there, a mile uphill back, but that provides some time to listen to music or just zone out while warming up or down. There are also some easy convenience-type stores closer to the Spires, and right across the street is a local produce store. In all, the Spires is a great place, with kind wardens and hospitable facilities.

Now, housing and the layout of the city are things you can find online. Let me now get into some of my personal experiences in living in Cork and attending UCC.

To start, UCC is a breathtakingly beautiful campus. It also boats some excellent professors. I have always been a studious type, and since this is STUDY abroad, not TRAVEL abroad, I am motivated to do my homework—though the load is much less than I am used to. I am taking classes in the Irish Language, Ancient Ireland Celtic Civilization, Folklore, and Roots of the Arthurian Legend. While there is some reading outside of class, I am learning more from my professors’ one-hour lectures than the books I am supposed to buy. This too is new for me. The lightened homework load gives me more opportunities to exercise, cook, plan weekend trips, explore Cork, and just be involved. In fact, I am now a committee member of my university’s Harry Potter Society, which is the first real leadership I have had. Ever. In my life. 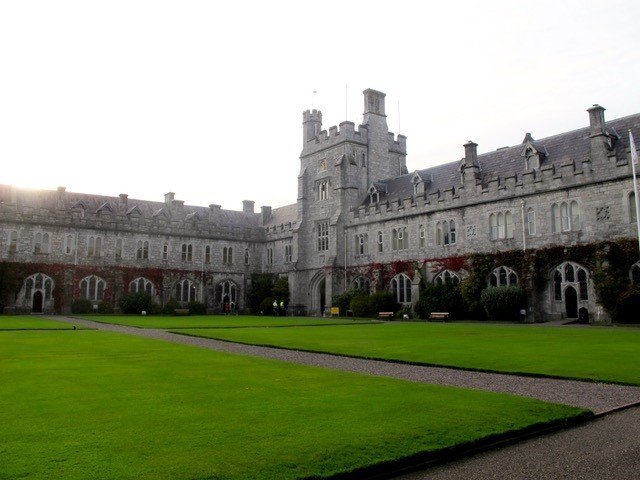 By the way, UCC has a castle, so basically I am going to school at Hogwarts. In fact, the Harry Potter Society just held a Sorting Ceremony! I, of course, am a Ravenclaw, and in fact, as a committee member, I am head of Ravenclaw House! Who knew that leadership could be so fun? I certainly did not. It was a happy surprise to find an opportunity to be a committee member, and I have been thrown back into the Wizarding World after far too long a time apart due to school. I may be going a bit overboard with Harry Potter PJs, slippers, and a hand-made Ravenclaw badge, but all part of the role, right?

But I am not here to talk about Harry Potter, even though I would be more than happy to do so. I am here to tell you more about time abroad, and now I will give a quick note about traveling with USAC.

In our first few weeks, USAC put on a breakfast, a scavenger hunt around Cork, and then, later on, a fantastic dinner. Then, a few weeks after classes began, USAC took us on a day trip, and let me tell you, USAC takes care of us. We were well-fed, well-organized, and all over well looked after. Our director, Mary Steele, is a wonderful woman. She is exceptionally kind, friendly, and caring. She holds tea throughout the week, and while I have not had the pleasure yet, a group of friends and I are planning to visit her soon. On our day trip, she was always making sure we were happy and comfortable. We visited the town of Clonakilty before heading to Mizen Head, at the southern tip of Ireland. The waves there were huge, and it was exciting to watch them crash into the cliffs. While there, we had lunch, which turned out to be a huge meal that kept us overly-full for the rest of the day. Afterwards, we walked along Barley Cove’s beach, snapped some awesome photos, and relaxed in the soft grass. I truly cannot wait for the next USAC trip, because it is bound to be just as fun.

Outside of USAC, I have trips planned for Scotland, Paris, and London (with my sister, who comes to visit in November). I have been warned against the “travel bug” and I think I am doing well to both remain in Cork to study, and to travel around Europe on weekends. It is hard to balance everything that I want to do, because of course with the lessened homework load, I feel less inclined to search out books, but at the same time, I am at a university that has access to so many more old texts.

In short, I am still working on that part of life.

Despite missing my friends and family back home, I am enjoying my independence here. Cork is a lively city, UCC is a wonderful university, the Spires is a good option for housing, and USAC is a fantastic program. Even though I have not been here for very long, I am definitely enjoying my time abroad. 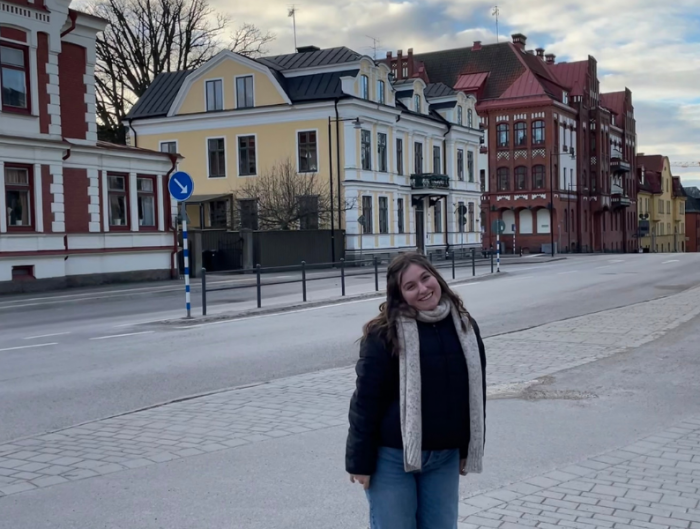 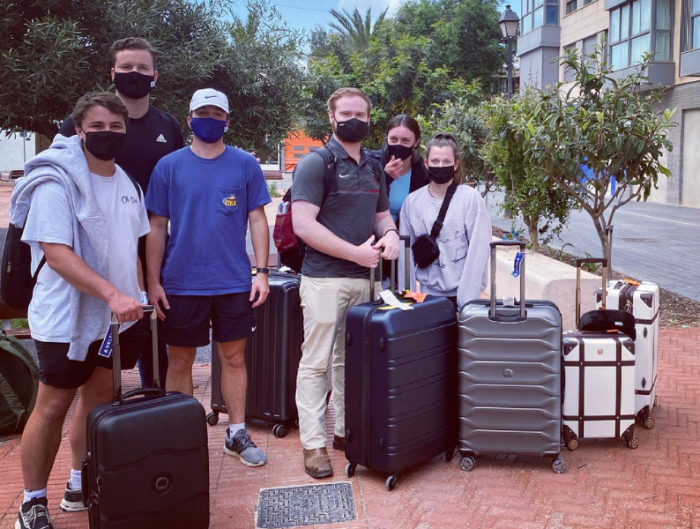 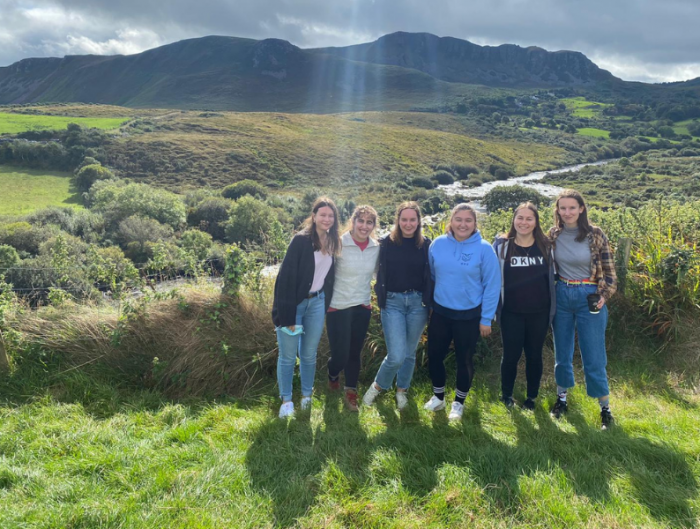 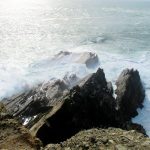