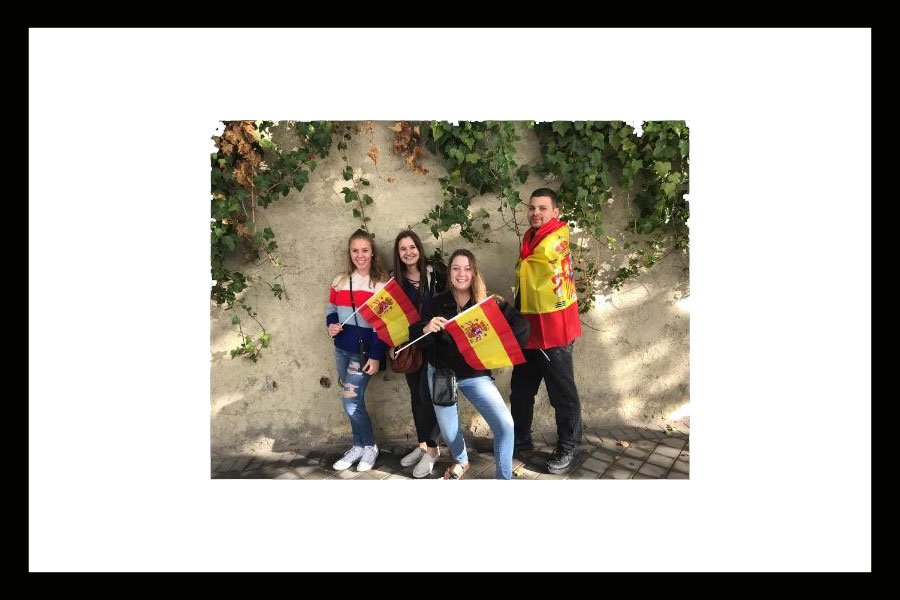 Noah Caldwell is a Neuroscience and Spanish Major who studied abroad in Fall of 2018. We talked with Noah about his experience in Madrid, Spain and how he was able to complete his Spanish major and participate in a Spanish for Medical Professionals course during his study abroad.

Why did you choose to study abroad in Madrid?

There are several reasons why I chose Madrid as my study abroad destination!

First, I am a Spanish major, and I believe it’s extremely important for all Foreign Language students to study abroad in a place where that language is spoken during their time in college. I really wanted the opportunity to immerse myself in the culture and learn the language at a deeper level. Many people don’t know this, but Spain actually has four official languages that are spoken in various regions throughout the country. In Madrid, Castilian Spanish is the main dialect that is spoken.

As someone from Reno, I never really experienced life in a metropolis. Madrid is a huge region. The population is around 3 million, and there’s never a dull moment. Regardless of the time, you can always find something entertaining. As a capital city, finding transportation to other cities throughout Spain, as well as Europe, is very easy and affordable. Madrid is full of spectacular cafes, restaurants, museums, clubs and not to mention, some of the most gorgeous parks that I have ever experienced. It is truly a unique city, rich in culture and history with magnificent architecture and friendly natives.

Academically, how did study abroad impact you? Did you take classes for your Spanish major in Spain?

Studying abroad definitely helped me finish my Spanish major in Spain. I arrived in Spain as a Track IV student and all of my courses were upper-division credits. I was able to finish a lot of my required major classes in a single semester which was amazing. Although they were definitely challenging since they were all taught entirely in Spanish, this was the most beneficial thing I could have ever done for my Spanish skills. I guarantee that any student, regardless of their track, will grow by leaps and bounds in terms of their language abilities. Being surrounded by the language on a daily basis is essential for growth!

As a track IV student, my Spanish was already advanced when I got to Spain, but when I left, I was definitely a new person. My Spanish grew exponentially in a semester. In addition, I was able to meet a Spanish friend who taught me a bit of his native Catalan (one of Spain’s official languages) and it was a unique and enriching experience.

The most interesting class I took while abroad was Spanish for Medical Professionals. It was a course directed at students with an interest in working in the medical field and it was a very valuable experience. I was able to learn a lot about the Spanish medical system, medical terminology, and how the healthcare in Spain differs from the U.S.

What’s one stand-out experience from your time abroad?

One of my absolute best experiences in Spain was when I traveled alone. During an extended weekend due to a national holiday, I left directly after my last class and headed to the bus station. I took 3.5-hour bus ride to Zaragoza, Spain, where I was able to explore the city, see the incredible cathedral, and chat with some very interesting backpackers who shared a hostel with me. The next day, I traveled to Barcelona and was able to see the Sagrada Familia, Park Guell, and the indescribable monastery in Montserrat.

As an individual from a large family who has been around people his entire life, I never thought I would be able to travel by myself and navigate two unfamiliar cities. It was so refreshing to gain a new type of independence that I had never experienced. Going at my own pace and seeing all the sites that interested me without having to consider what someone else wanted to do was a serious bonus!

Has study abroad impacted professional goals in any way? If so, how?

Study abroad has most certainly given me a skill set that I didn’t possess previously. The major way in which study abroad shaped me as a person was that it gave me the ability to adapt.

Moving across the world to an entirely new country with an unfamiliar language and customs has to be one of the most daunting things you can do. It really requires that you pay attention to the norms of that place and learn to abide by them. For example, some of the things we do naturally at home in the U.S. may be considered rude or offensive somewhere else (i.e., do not put your feet up on a coffee table in Spain! Yes, this was a real learning experience). Having the ability to change your old habits and adapt to a new environment is priceless and can help anyone with their career goals. Every employer wants you to have this type of flexible mindset.

What is one thing you learned about yourself during your study abroad?

One thing I learned is that I can actually be quite shy when I am in a new place.

At home, I am always very extroverted and social, but it actually took me a while to warm up to the new environment! In the first month, I made the mistake of only spending time with other USAC students because I was too afraid to interact with locals and break out of my little English-speaking bubbles. Fortunately, I was able to overcome this and become a lot more comfortable going out, speaking with natives, and really making the most of the experience.

Anything else you’d like to say about your experience and why students should choose to study in Madrid?

Study abroad is always full of ups and downs, but I wouldn’t have changed a second of mine.

I truly think Madrid is one of the most interesting and vibrant cities in Europe, and anyone who wants to experience a bustling city life with extremely convenient public transportation, amazing food, a rich culture, and the opportunity to learn a little bit of Español should consider Madrid as their study abroad destination. After all, when else can you say you were able to complete your Spanish major in Spain?! 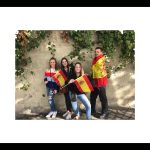