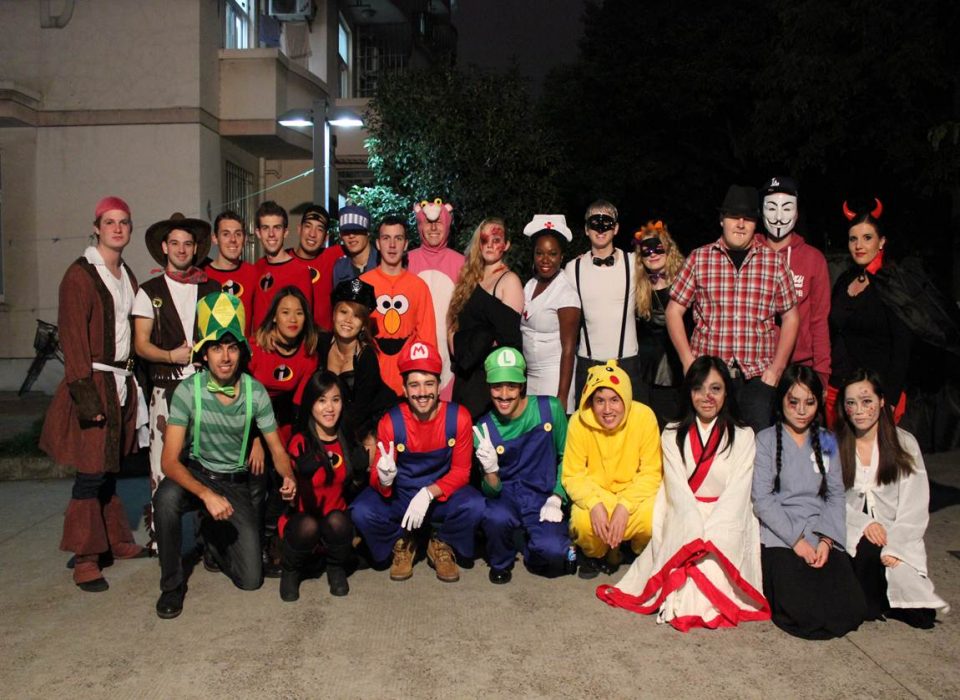 Here in the U.S., we’re in full-blown Halloween mode. There’s talk of costume parties, families are gearing up for trick-or-treating, and pumpkins can be found in most neighborhoods across the country. However, while we’re gearing up for the spookiest night of the year, you might be wondering how other cultures celebrate abroad. To help get you in the spirit, we’ve rounded up some unique Halloween traditions from other cultures around the world.

Halloween is a big deal in Japan, especially in the bigger cities like Tokyo and Osaka. Cosplay and dressing up is already a part of Japanese culture and street fashion, so of course locals see Halloween as another excuse to do that!

However, Halloween in Japan is far less commercialized than it is in America. Wearing costumes is the main attraction, and you’ll see street parties and parades around the country, but you likely won’t see anyone trick-or-treating. The holiday is actually geared towards teens and young adults who are more interested in dressing up and enjoying a party with their friends than going door-to-door asking for candy.

Since it is an adult-focused holiday, there is lots to do on Halloween later in the night. Street parties are really popular. One event in Tokyo reached over one million people!  Additionally, theme parks like Tokyo Disney and Universal Studios celebrate by decorating the parks, offering special Halloween treats and merchandise, and holding a parade.

Did you know that Ireland is considered to be the birthplace of modern Halloween? The holiday’s origins stem from a Celtic festival, Samhain. The festival involved lighting bonfires and wearing costumes to ward off ghosts.

History.com explains it like this: “The Celts, who lived 2,000 years ago, mostly in the area that is now Ireland, the United Kingdom and northern France, celebrated their new year on Nov. 1. This day marked the end of summer and the harvest and the beginning of the dark, cold winter, a time of year that was often associated with human death. Celts believed that on the night before the new year, the boundary between the worlds of the living and the dead became blurred. On the night of Oct. 31, they celebrated Samhain, when it was believed that the ghosts of the dead returned to earth.”

Today, the people of Ireland celebrate Halloween with bonfires, games, and by eating traditional Irish foods.

In Latin America and further north to Mexico, people celebrate this transitional period into winter with a mix of ancient Aztec rituals mixed with Catholic and local traditions. In Mexico, you’ve heard it called Dia De Los Mortes. It is believed that during this period, the dead awaken to celebrate with their families and loved ones. Instead of focusing on trick-or-treating and spooky costumes, Latin American people use this time to be home with their families and celebrate the legacies left behind by their ancestors.

Common symbols of this celebration includes skeletons and skulls, which you will see in local artwork, on clothing, and in face paintings. To pay homage to their ancestors, families will partake in food, drinks, and activities that their loved ones enjoyed. Ofrendas, or small altars, are created to honor ancestors.

In China, trick-or-treating and haunted houses don’t exist. Instead, Taoist and Buddhist followers celebrate what is called the Hungry Ghost Festival. It is believed that during this festival, the spirits are free to roam the earth in search of food and fun. These spirits are supposed to be ancestors who were not given a proper burial or ritual for their eternal rest, and they must be entertained, otherwise they will wreak havoc on the lives of the living.

To honor these ancestors and keep them entertained, large prayer ceremonies and gatherings are held during this time. At each gathering, the first row of seats are always left empty to leave room for the spirits to attend. Relatives offer food, drink, and even burn money for their deceased ancestors. People also give “Ghost Money” so that their ancestors can have a more prosperous life in the afterlife.

This tradition is meant to teach younger generations to look after their family members, and those who are less fortunate during this life, and in the afterlife.

Want more Halloween traditions? Subscribe to the Students Beyond Borders Podcast to listen to our latest spooky episode. 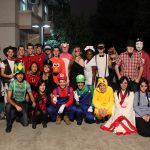