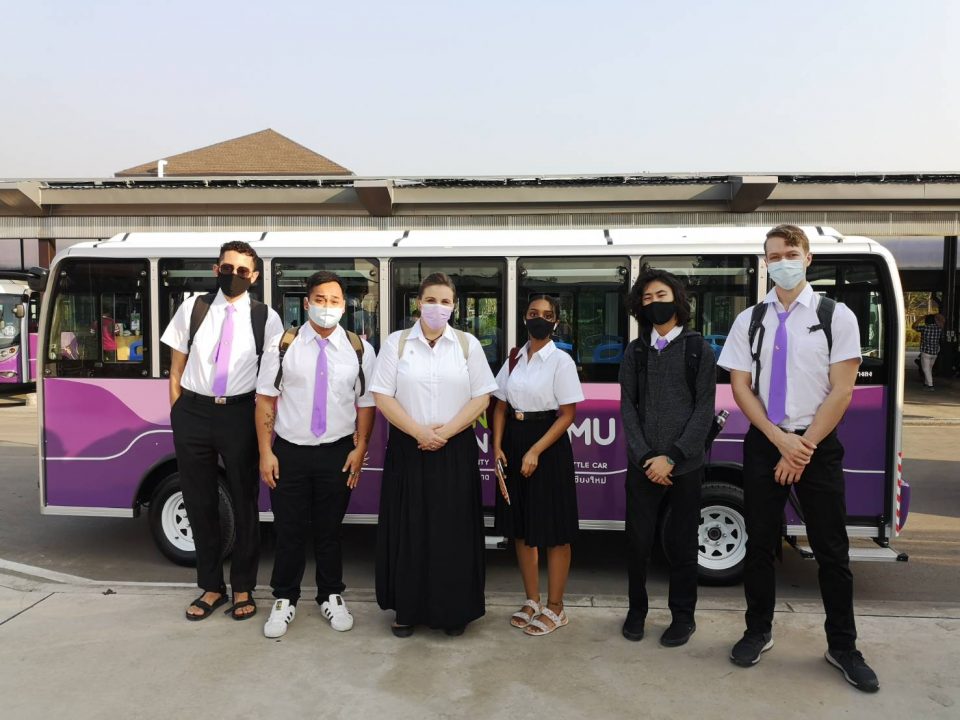 Shadia Amir is a Western Washington University Student and USAC scholarship recipient who is studying with the USAC Chiang Mai, Thailand Program in Spring 2021. Following is a recent interview where she gave her perspective on living and learning abroad as a black woman.

Although you just recently arrived in Thailand, tell us about your cultural adjustment thus far. How is it different than you expected?

Something interesting and surprising to me about my cultural adjustment thus far has been the fact that I actually have not experienced any shock towards being around a different culture and language at all. I live in an incredibly diverse city back in America (Kent, Washington) where it was the norm for me to be surrounded by languages I did not understand and cultures I was unfamiliar with. So, when I came to Thailand, I expected to experience culture shock but found that when I was surrounded by Thai language and culture it felt quite normal to me. Even finding ways to communicate around a language barrier here in Thailand was an experience I was familiar with from my time in Kent. Similarly, I am first generation Somali American and many of the values of Thai culture echo values I grew up with. For example, the emphasis on family here, respect for elders, even the flexibility when it comes to time (like arriving on time for example). Also, I realized that my experience as a minority in America has made the experience of being a minority in Thailand a lot less jarring.

Is there specific advice you have for future study abroad students who are black?

My advice would be to be cognizant of the fact that you cannot completely escape the politics of race given that you will be studying with other Americans and they may bring their own racial biases with them to Thailand. However, be aware that those politics do not apply to Thailand and Thai people more generally. I have had experiences with micro-aggressions and things of that nature from other students in my program but the Thai people I have encountered have treated me quite well and at no point made me feel different or othered because of the color of my skin.

Often one of the fears that students have about studying abroad is wondering if they’ll make friends and fit in. Tell me more about how you have tried to build a sense of community during your first weeks.

I have been able to find such a wonderful community here in Thailand, I feel so grateful. One of the best ways I was able to create a community amongst my peers was by participating in many of the first activities put on by USAC. Many of us were able to bond quickly as we toured the city together or visited museums through activities led by USAC. It also helped that many of the students in my program shared some aspect of my identity (i.e., being an American student of color or being apart of the LGBTQ+ community) so we were able to bond quickly through that shared identity as well. I found that being open and taking the initiative to reach out and get to know people has made befriending Thai people easier as well.

How did your introduction and orientation to the program go as compared to when you started at your home university in the U.S.?

Integrating at my home university was quite difficult for me because it was a predominantly white institution in terms of the campus population, population of faculty and staff, and the city’s population more broadly, so it took me awhile to find my community. Fortunately, once I began working for LGBTQ+ Western, which has its office located in a place called the Multicultural Center, I was able to find other students with politics and identities similar to mine. This is very different from my program here in Chiang Mai which has the level of diversity I am accustomed to, so integrating into this program was significantly easier than integrating at my home university.

Speaking of your home university, how have you celebrated or honored Black History Month in the past vs. what you are doing this year in Thailand?

At my home university I did not necessarily have a formal practice of Black History Month and I don’t think that has changed much. This may sound cheesy, but it is mostly because Black History Month is essentially a year-long thing for me. I have a ritual of spending some time everyday reading or listening to black academics. I usually do the latter since there are many video essays and recorded lectures online. Almost all of the media I consume through social media and music comes from black artists and creatives. While things have changed a bit as I begin to consume more Thai media, I have been able to keep up the same habits mentioned above so that I can consistently celebrate and stay connected to my identity as a black person in this world.

Is there anything else you would like to add?

I will say that coming to Thailand has afforded me so many experiences not easily available to me in America as a black woman. For example, being able to browse a grocery or convenient store comfortably without feeling watched or being suspected of stealing something. Or even being able to walk the streets late at night without fear for my safety as a black person or a woman. Sometimes I still feel lingering anxiety from years of experiencing fear around the two examples I provided but I’m grateful to have come to a place where I have the opportunity to shop and walk places in peace. Had I never come to Thailand, I would not have realized that many of deeply racial experiences I had in life were unique to America and not practiced or perceived the same around the world (luckily!). For this reason, I highly recommend that black students study abroad and to definitely take the opportunity to come study in Thailand if they can.

Study abroad in 2021 with USAC. Choose from programs in 20+ countries, or check out our Global Perspectives Program virtual opportunities. Summer 2021 deadlines fall between March 1 and April 15. 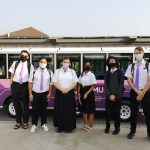