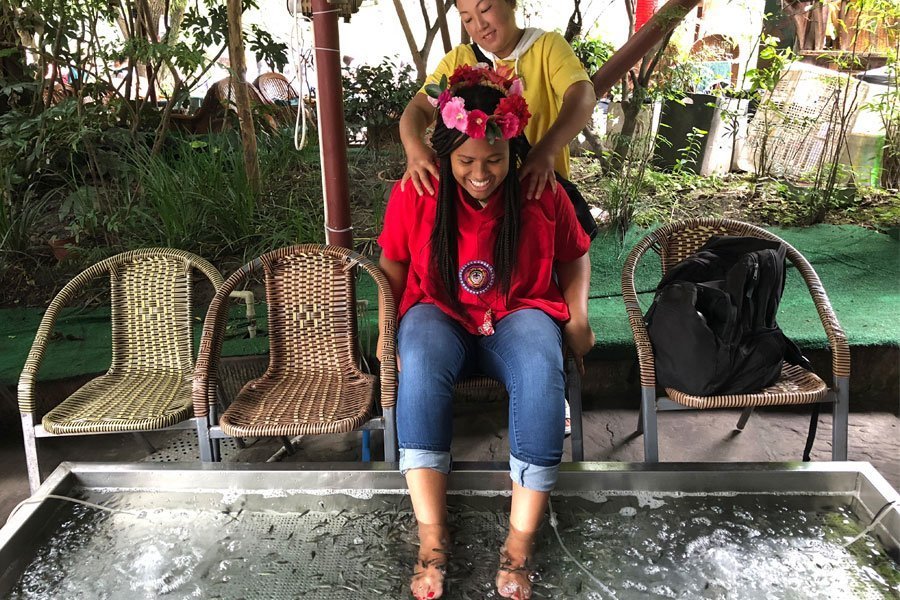 Hello explorers! If this is our first time meeting, I’m Cy-Anne and I just got back from studying abroad in China during summer 2018. I shared my adventures, wisdom I gained, and how I transitioned back to America but I want to rewind and go back to the very beginning. Back to when I decided to study abroad six months before I left, and then found out I would be a part of a statistic– Less than six percent of Black undergraduate students, in America, study abroad. Crazy right?

But that didn’t discourage me from studying abroad!

I’m a Black first-generation woman from south Florida who decided to attend a university where the rate of Black enrollment is drastically decreasing by the year. Because I experienced racism in subtle to explicit forms at my university, leaving Gainesville and going around the world to live in another minority’s culture didn’t intimidate me. It was exhilarating, and I was very impressed with myself.

So I want to go back to where you are right now — just wanting to studying abroad.

Let’s be real, and let’s break it down.

The biggest motivators during my application and preparation phases to study abroad were myself and resources on campus that I utilized. I decided I was going to study abroad during the Christmas break prior to my summer studying abroad. Once I made this decision, I was locked in and shared this news with my classmates, professors, and friends before I even applied. As a result, I had a ton of support, which made me even more motivated and excited. I gave myself deadlines, wrote my application essays before school started in January, and booked appointments at my International Center and Writing Center for the next month. My study abroad advisor was the best! She advised for the Asian countries only, so she really had time to work with me, and was well informed on all programs that can take you to Asia.

We compared program prices, found third-party programs, and listed scholarships and their deadlines. After the tutors at the Writing Center helped me edit my papers, I sent her my essays for feedback. I would advise every person who is contemplating on studying abroad to make an appointment with the International Center on your campus! If it’s anything like UF, you will have informational sheets for popular programs, a person at reception who can contact you with a specific advisor, and Study Abroad Peer advisors who have previously studied abroad!

Considering your race/ethnicity when you decide to study abroad

I knew other Black people who traveled around the world. I saw the cruise pictures on social media and saw passport stamps for travel to Caribbean islands. Outside of that, three of my sorority sisters had been to Asia in Summer 2016. But I didn’t know a single Black person who studied abroad while I was in college. I didn’t have an experienced Black peer who I could go to with questions–all I saw was that statistic.

But I knew that I wanted to go somewhere where I didn’t know the language, country, nor culture. I was inspired by an Asian American student who told me about her learning experiences in school and teaching in an elementary classroom, and it just clicked. But I didn’t want to decide something this big without researching the sociopolitical climate in China. I knew there were issues of colorism (lighter skin being the ideal form of beauty and overall preference) but I didn’t find any incidents that racially targeted Black people.

Being Black while studying abroad in China

The adjustment to cultural views of people of color was hard to understand and accept at first. When I would leave my house in China, I would always see people staring at me as I passed them, or people who were pointing at me from a distance. In America, we always say that it’s rude to stare at people, so I felt like I was being offensive to the people in China and it made me very self-conscious about how I looked. “Is it my facial expression? Are the clothes that I am wearing inappropriate? Did I disrespect an official? Why do you keep staring at me? I KNOW you’re talking about me in Mandarin.” Let’s be real. There were kids who were gasping at the sight of me and then running away. So of course, I wanted to stay home, and those feelings were valid. But then I had to remember why I came here in the first place and I didn’t want to associate my first time in China with being in my bed for most of the days. So, I had to have a conversation with myself and fight my culture shock AND homesickness.

The resources that were most helpful during my adjustment were my journal, discounts included in my program cost, and other people in my program. When I would be overwhelmed, stuck on a bus, or bored because everyone in America is sleeping (12-hour time difference), I would write in my journal. I wrote what I did, how I was feeling, and kept a countdown of how long I was there/how long until my flight home; 43 days was a long time. I also stuffed any tickets or helpful language handouts into my journal. I made to-do lists and drew illustrations as well. It really helped that USAC included field trips and group lunches/dinners in the program costs. This helped me become more outgoing and gave me plenty of opportunities to build relationships with others. We went on a field trip almost every weekend. As a result, I was invited to tons of activities by all the cliques made in the program. And you know what? I kind of became an adrenaline junkie… and I loved it. Thanks to WhatsApp, I was able to talk to my American loved ones and use it to connect to my Chengdu friends, making a support network while abroad.

My nervousness about encountering racism while abroad was unfounded. In addition to not finding any racist incidents online, one of the perks of having such a rare look was that no one wanted to mess with me. Some people saw me as a beauty and wanted to take my pictures (including selfies), wave at me, dress me up, show me favor with their business, or tried to talk to me. Some people wouldn’t come near me. Either way, people gazed from afar and approached with caution. I didn’t have to worry about my safety as a black person or woman while I was in China. To many, I was the first Black person that they have ever seen in their life. 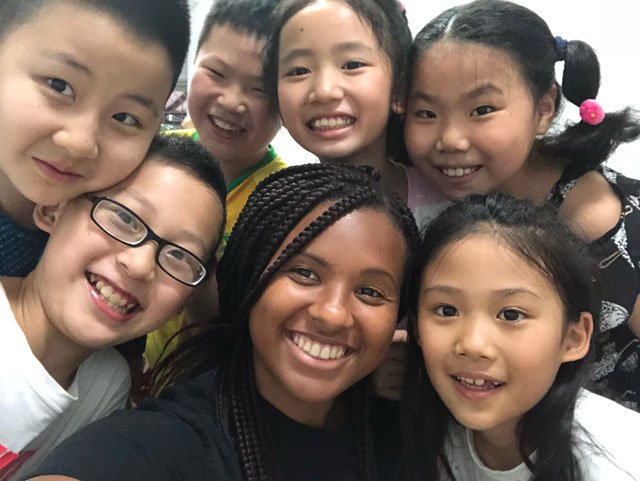 My experiences studying abroad affected how I expressed myself as a Black student when I returned home. I talk about China almost every day — no kidding. I talk about it more to other Black students, if anything. I also became a Study Abroad Peer Advisor for my International Center where I have a platform to directly speak to first-year students and minority groups about my experience in China. I also have office hours where I can talk to students who are starting from scratch or have wonderings just like you.

One piece of advice to those who don’t think studying abroad is for them because of their race/ethnicity: You’re the only person stopping you. Just go. This is the sign you’ve been waiting for.

Cy-Anne Small is a University of Florida student. She studied abroad in Chengdu, China in Summer 2018. You can read other articles from Cy-Anne here. 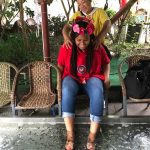