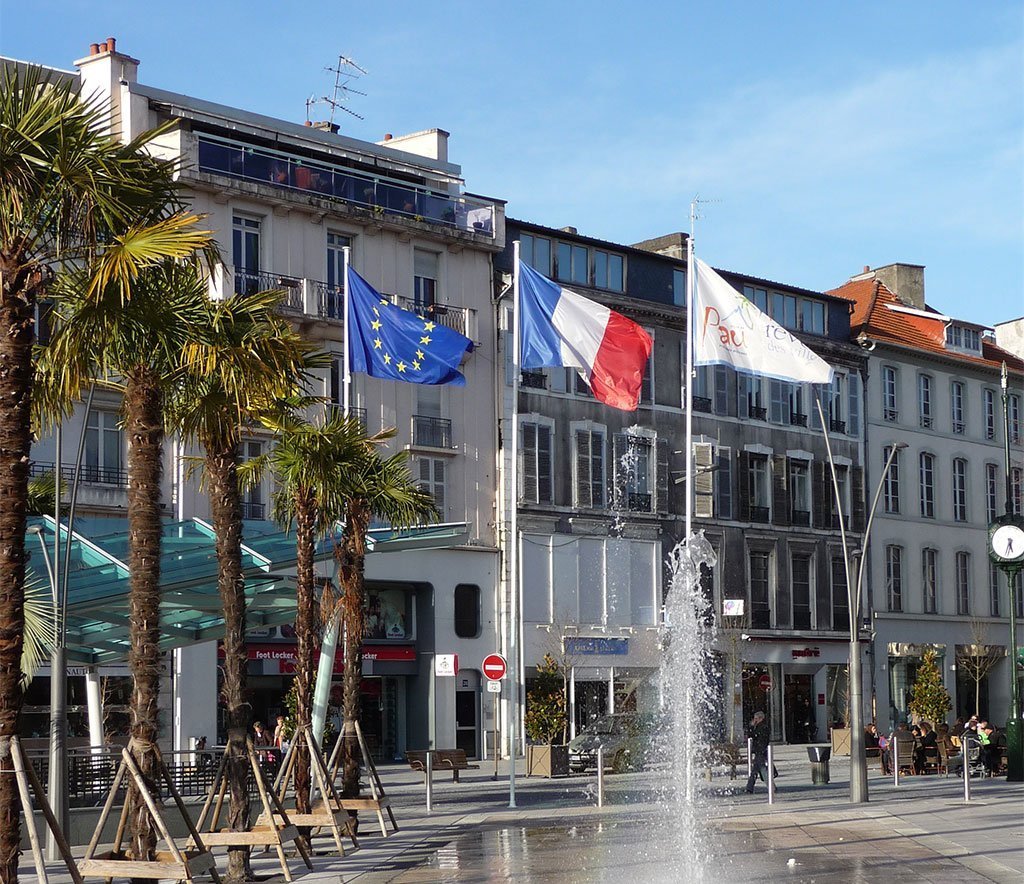 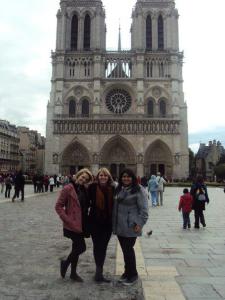 I chose to study in Pau, France because of the intense language courses offered at this program. Before studying abroad I had only spent a few years learning French in college and I wanted a study abroad program that would help me improve my language skills. Pau seemed to be the perfect place for me to study because of small town feel it has. This environment would allow me to focus on learning French rather than speaking in English like it often happens in big cities such as Paris, where there are large numbers of tourists who will only speak English.

If I could study abroad again I would probably go to South Korea. Since I started college I have become interested in the culture and language of that country. Before studying abroad in France I would not have the courage to actually attempt to go to South Korea but after studying I France I learned a lot about myself and what I can achieve if I am determined on a goal. Now with the experience I acquired studying abroad In France I really want to experience life in South Korea. I would like to get proficient in the language so that one day I could possibly work in an American Consulate representing the United States in South Korea. This would be my ultimate dream goal in life and I hope by studying abroad in South Korean I will be one step closer to achieving that goal. I want to be able to be a Mexican American woman who can dominate not only English, French and Spanish but Korean as well so that I can represent American diversity abroad and demonstrate that everyone has the opportunity to succeed.

Claudia with her French host family in Pau, France.

3.What are some of your favorite highlights from your time abroad?

Some of my favorite highlights from studying abroad would be my host family. My host family became like my real French family while I was abroad. I felt a part of the family and participated in family outings such as trips to visit the wineries and my host mother’s relatives.  They took their spare time to teach and talk to me about French life and culture even though they had busy schedules and this made me appreciate them even more for always being there for me. Another highlight would be making friends from around the world that I never thought I would encounter in the small city of Pau. I have met friends from places such as Libya, Syria, Japan, China, South Korea and Brazil. These friendships that I have forged would probably have never happened if I had not studied abroad. Visiting Spain and Italy were another important highlight to my experience because I discovered my love of traveling and discovering new places even if I did not know the language.

4.In your experience, what are the major benefits of studying abroad?

The major benefits of studying abroad are learning about maturity, self-awareness, independence and responsibility. Studies Abroad in many occasions changes students and helps them learn about what they want to do in life and become more aware about their personality and even at times their fears. Being alone in a foreign country brings up situation that involves a lot of personal growth and discovery that is natural for most students because for many it is the first time they are away from home for a long period of time and away from their comfort zone. Though most people fear these changes I see these changes as progress because the more you know yourself the better prepared you are in any difficult situation.

5.What were some of the special/unique things you were able to do or see?

A special thing I was able to see a sermon conducted by the Pope XVI at the Vatican when I decided to go visit Vatican City. For some people it may not be much but for me it was an important moment because I was able to visit a place where my mother had always wanted to go but never had the money or time to actually fulfill. I felt that I was able to fulfill my mother’s desires by attending a sermon by Pope XVI.

6.What was a funny cultural experience?

A funny cultural experience was when I was confused for being Middle Eastern by many French people. I told them I was American and no one believed me because I was so dark skinned with dark black hair. This caused disbelief by many and was a great conversation starter.  Another funny moment was when I ate while walking to school and people stared at me. At first did not understand what was happening until I asked my host mother what had occurred. She told me that in France people rarely eat and walk at the same time. People eat only when sitting down because meals are important and should be honored as time being with your family.

7.What did you learn about yourself?

I learned that I can travel alone and that I should not be scared about what people think of me. I gained a lot of self-confidence and I am now prepared to travel anywhere because I learned some tricks to traveling alone in countries where people do not really speak English.

8.How did studying abroad change you?

I am now more adventurous and I am willing to travel to places that I never thought I could go to. I also realized that I wished to obtain an international career be it in international education, Foreign Service or working for an American consulate anywhere around the world. 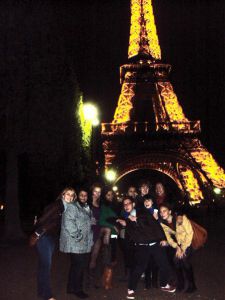 9.What’s one thing you would have done differently?

I would have participated in an internship so that I could get more practice with my French language skills so that I could use that in my resume as a resource to demonstrate my competency in an international scene. I also would have ventured off alone more throughout France without waiting for people to join in order to not feel alone.

10.Now that you’re home, how has study abroad impacted your life?

I am now more mature and responsible and focused on obtaining a career in international affairs. Also I find myself helping international students or visitors more often than before. I feel that my experience abroad made me become more understanding and willing to help foreigners just like how I had been when I was in France.

11.How many years did it/will it take you to graduate?

It took me four years to graduate.

12.What, in your opinion, are the biggest myths students believe about study abroad?

13. What advice would you tell students trying to decide whether or not to study abroad?

I would recommend them to JUST DO It because the opportunity to live in a foreign country for four months out of the year is not really possible once you begin to work and you cannot take vacation days. Also, study abroad is a cultural immersion process into the host country you are living in. It is not like you are a tourist that only visits the main hot spots. Studying abroad is more than monuments and tourist “sites” it is actually getting to know the country you are living in and becoming part of the society.

Ready to have your own experience in Pau, France? 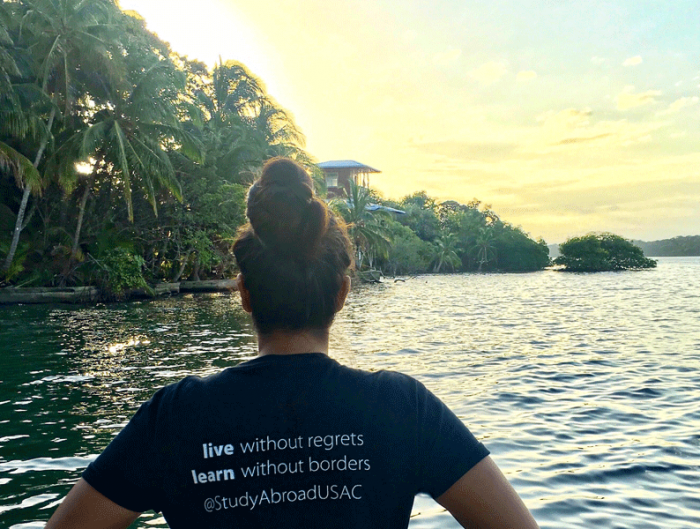 Where to Study Abroad Based Off Your Personality
January 17, 2020 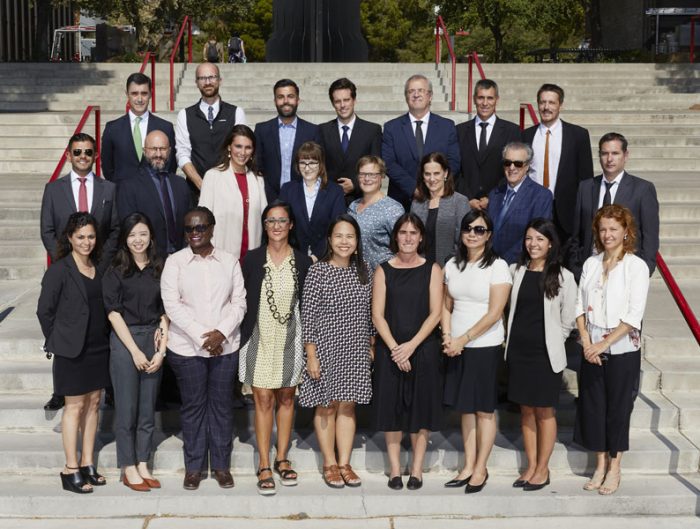 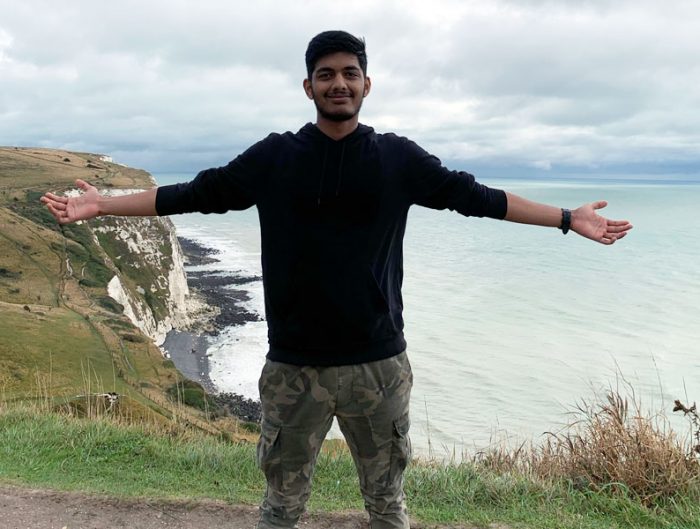 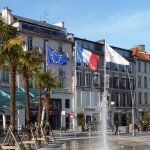