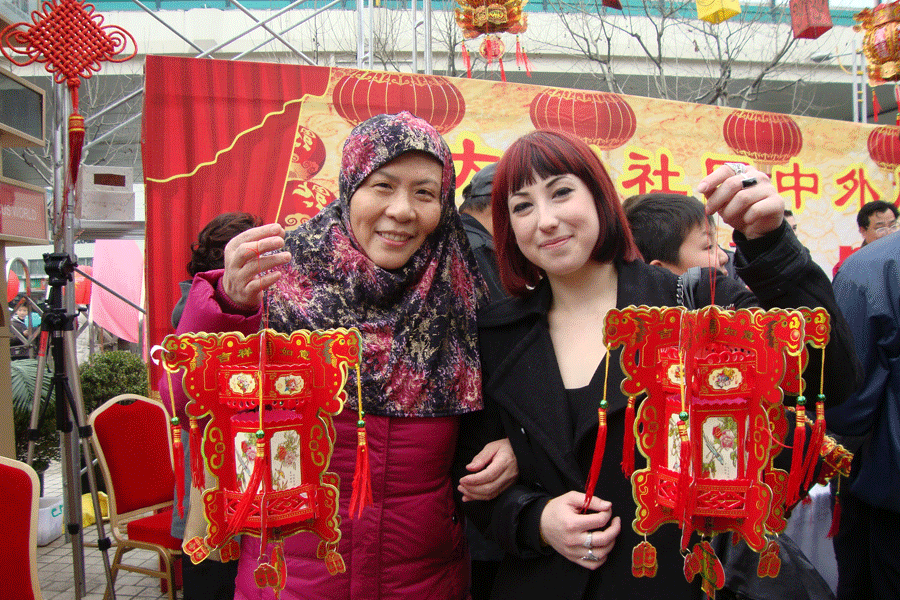 1.    Why did you choose the program that you did?

I chose to study abroad in Shanghai because I’ve always enjoyed China and it’s culture.  I traveled there when I was younger and knew I wanted to go back, USAC just happened to help me do just that.  I’m an International Business major and wanted to learn how to speak Mandarin, so Shanghai made the most sense. Not to mention the fact that Shanghai is a hub for multinational organizations.

If I were to study abroad again I have two places that I would go for very different reasons. The first is Brazil because of its economy. I feel like it would be useful to speak Portuguese considering the role it will have in the world over the next couple of decades. Not to mention the food and the culture. The second would be Prague– solely because it looks like an incredible city and everyone I’ve spoken to that’s been there said they loved it. It’s so centrally located you can travel easily and affordably, so that’s pretty appealing.

3.    What are some of your favorite highlights from your time abroad?

I have so many! The biggest highlight was probably the people you are with when you study abroad. It’s nerve racking at first, then you realize that you are on the same boat as everyone else. It makes it very easy to adapt and eventually, you share all of these memories that only you guys really understand a few years later.

Other highlights include the Beijing and Chengdu tours; Beijing was such a big city with so much to see that it was nice to have You Sha plan a trip where all the major sites were seen. The Chengdu tour was also awesome; we saw pandas and ate wildly spicy food. 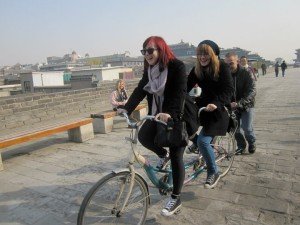 4.    In your experience, what are the major benefits of studying abroad?

I think one of the major benefits if studying abroad is the independence you gain from the experience. You learn to travel in a place where you might not speak the same language and adapt to cultures without having anything (for the most part) to fall back on.  The friendships I have made are major benefits and to be a little shallow, it looks good on a resume.

5.    What were some of the special/unique things you were able to do or see?

Have you ever seen an elderly Chinese man do Tai Chi with a tree?

6.    What was a funny cultural experience?

So many. Having Chinese tourist ask to take photos with you when they themselves are there to see things like the Great Wall. Or in the parks, you would be sitting and the elderly Chinese men and women would hover around you and stare with their arms across their back.

7.    What did you learn about yourself?

I learned that I am incredibly adaptable.

8.    How did studying abroad change you?

It certainly made me more ambitious. I understand a little better about what I’d like to do after I graduate.

9.    What’s one thing you would have done differently?

I would have spent more time focusing on learning the language. It’s easy to get distracted while you’re abroad, but I should have exercised a little more discipline.

10.  Now that you’re home, how has study abroad impacted your life?

It’s made me more curious. I’ve always had a bit of Wanderlust, now it’s just amplified it. It’s also motivated me to live my life in a way that will cater to my curiosities and allow me to continually go on adventures.

11.  How many years did it/will it take you to graduate?

In the Fall of 2013, it will have taken me 5 ½ years to graduate after spending 1 year in Shanghai.

12.  What, in your opinion, are the biggest myths students believe about study abroad?

The biggest myth about study abroad is “I won’t be able to get around because I can’t speak the same language.” Yeah right. Suck it up! Pointing, the internet, translators, and so many other things have really made it easier to travel abroad. Are you just going to sit in your hometown the rest of your life? Go learn a new language that will help you out more than staying in your comfort zone.

The second is “I can’t afford it.” Study abroad is expensive. It cost way more to study abroad for a year than it does at UNR, BUT the cost is totally worth it. I used student loans to study abroad and I do not regret it one bit.

It is the best decision I have ever made and I would do it again in a heartbeat. Just make it happen- loans, grants, scholarships- there’s always a way to work it out.

13.  What advice would you tell students trying to decide whether or not to study abroad?

It is initially scary to think about studying abroad. But everyone is trying to get by, just like you, so look at that, everyone studying together already has something in common. 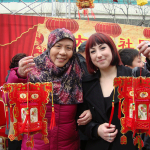