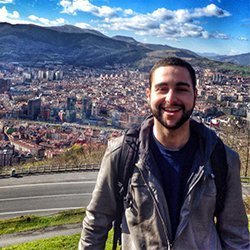 1. What are you doing now? What is your major/minor?

I am currently finishing my last year at the University of Nevada. After studying abroad, I have decided to double major in journalism with an emphasis in strategic communications and Spanish. I currently am involved with multiple clubs and organizations on campus, including the Journalism Student Advisory Council and the UNR Spanish Club. I also am involved with the Sigma Phi Epsilon fraternity. I started working at USAC’s central office in Reno in the university relations department.

2. What are some of your favorite highlights from your time abroad?

One of my favorite times was when the USAC program took the whole program on an excursion to a city called Oviedo, the capital of the autonomous community of Asturias. Our program advisors took us to view architecture pieces that were still standing from the 12th century. The highlight of the excursion was when we got to kayak the Salle River. Plus, it was a time for people on our program to bond and to experience a truly historic place. I also loved traveling to different cities in Spain, as well as being able to travel to nine different cities during my spring break in Europe.

3. In your experience, what are the major benefits of studying abroad?

I studied abroad because I wanted to force myself to speak Spanish as much as possible. Personally, I believe that the only way to learn a language is by living in a place where English is not the first, or even the second language. It allowed me to further my Spanish skills and to become confident in speaking. I think another benefit of studying abroad is being able to culturally diversify yourself. You get to be in a part of the world where there is centuries of history, and studying abroad is a great opportunity to learn about the history of the world.

4. What did you learn about yourself?

Before I studied abroad, I was very academically driven and sometimes would cut out parts of my social life to focus on school. I decided to go abroad because I wanted to focus more about living in the moment and putting myself in a situation where I had to adapt quickly. I learned that there is more to life than school. I learned to cherish every moment with my friends and family, to regularly do new activities that will expand my cultural knowledge of my community.

5. Why did you choose the program that you did?

I knew that I wanted to study Spanish, so I limited the areas where I could study to those that that specialize in teaching Spanish. I also knew that I wanted to be in Europe, and that’s why I chose Spain. As for Bilbao, I wanted a city that wasn’t small like San Sebastián, or enormous like Madrid. Bilbao was a great choice because I got to live both the city and suburban life, and got exposed to the world-class beaches in Northern Spain. I also was told that Bilbao was one of the oldest programs in USAC, which drawled me to studying abroad in the Basque Country.

6. How many years did it/will take you to graduate?

7. What, in your opinion, are the biggest myths students believe about study abroad?

One myth that students believe about study abroad is that their classes abroad will not transfer back to their school. If you go to Nevada, the classes you take abroad will easily transfer back to the school because all the classes are designed and approved by the departments. If you are at another school they will try to hardest to make sure that the classes you take count towards your degree. Another myth is that student’s won’t graduate in four years if they study abroad. For some, that maybe the case, but if you study abroad and take classes towards your degree, then you shouldn’t have a problem graduating in four years. I’m graduating in four years with a dual major!

8. If/when you study abroad again, where would you like to go? Why?

If I had the chance to study abroad again, I would study abroad in Costa Rica. I have had many friends go on the USAC Puntarenas program and have had amazing experiences. I also want to live in Central America and explore that part of the world, since I already got to live and travel in Europe. Plus, it will allow me to even further my Spanish skills and to hear other ways of Spanish dialect.

9. What would you tell students trying to decide whether or not to study abroad?

A lot of students while in college say they want to travel and see the world. In reality, being enrolled at a university is most likely the only opportunity in your life to be able to live and explore the world for a long duration of time. You get to earn credit for school while being able to travel and be a part of an experience unlike any other. I would say if you are adventurous or someone who is trying to figure out yourself, studying abroad is right for you. Studying abroad can be challenging at times, but in the end, it’s a unique experience that you may never get a chance to do in your lifetime.

If Spenser’s story provoked some thought about studying abroad in Bilbao, Spain – then have a quick look-see at our Bilbao page.

Check out some other posts about Bilbao, Spain, below: 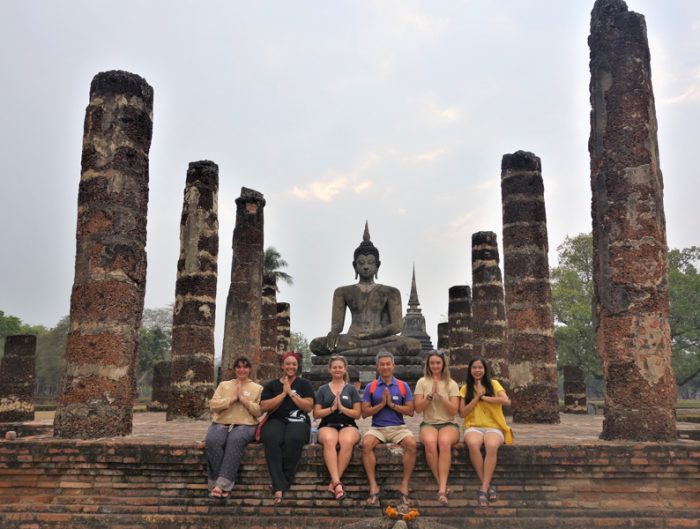 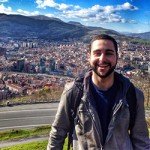