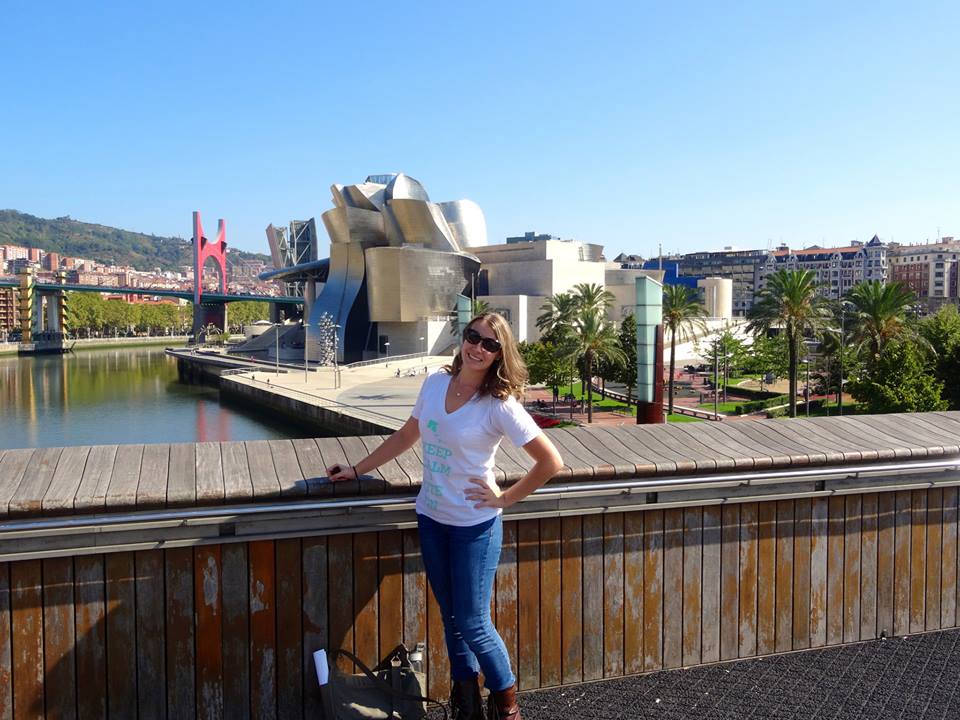 1. Why did you choose the study abroad program that you did?

After studying Spanish for four years, I knew that I wanted to travel abroad to Spain. My freshmen year of college I began to look into programs and the Bilbao program through USAC made the most sense as I was a business major at the time. Additionally, I wanted to visit a part of Spain that was not know for being a stereotypical “tourist-trap” location. By the time I went to Spain, I had changed my major, but not for one second do I regret traveling to Bilbao. I was so excited to be in a part of Spain where English was not well-known so I was actually able to practice my Spanish on a daily basis without people feeling the need to switch to English so I could understand them better. 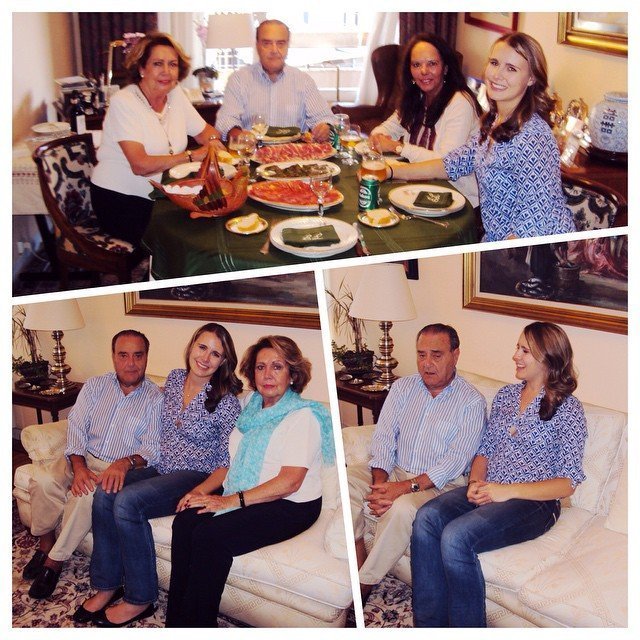 Kendall with her host family

My best memory is the day I moved in with my host parents, Rosa and Higinio. I was so nervous to meet the both of them, but they were extremely welcoming and treated me like a part of their family from the beginning. The first night, I was tripping over my words and unable to maintain a real conversation, but they were both so supportive, helpful and understanding. Throughout my entire semester abroad, Rosa and Higinio helped me improve my Spanish speaking abilities, while also providing me with an emotional support system while away from home. Honestly, my time with my host parents is probably my most memorable experience from studying abroad. From the beginning, they were an integral part of my experience in Spain and I could not imagine my time without them.

3. What were some of the special/unique things you were able to do or see?

The first weekend I was in Spain, I participated in the Madrid Tour. While I was excited about every part of this tour, I was sincerely looking forward to being able to see some of El Greco’s masterpieces, especially the ones located in Toledo. I don’t remember exactly when I became such a huge fan of El Greco’s work, but I did, and being able to see these paintings up-close and in person was one of the best experiences of my life. Being able to see these pieces was incredible because I never expected to be as massive as they were.

4. What was a funny cultural experience?

Closer to Christmas time, my host parents and I were discussing different holiday traditions that our cultures had.  Food and drink, being one of our favorite topics, came up during the conversation. I, a person who absolutely loves eggnog, had the difficult experience of describing what this drink was to my absolutely bewildered host parents. A drink similar to eggnog exists in Spain, rompope, but while with my host parents, I was unaware that such a thing existed in Spain at all. Even so, my horrible description of this egg-drink did nothing but revolt and confuse my poor host parents.

5. How was studying there different than at home?

Studying in Spain was a bit difficult for me because there were not many designated study locations. At home, I go to the library to do a majority of my work; however, in Bilbao, such a library or center did not exist. For me, this made it difficult to find a place where I could focus because all around me were new cultural experiences and adventures that I would rather partake in. Maintaining my grades while abroad was definitely my biggest accomplishment.

6. What did you learn about yourself?

I learned, what I’m sure many other study abroad students have learned over the years, that I am able to survive on my own in a location away from home. Though I moved away from my parents for college, they were never extremely far away, and all it took to get in contact with them was a phone call or a quick text message. While in Spain, however, I did not have this luxury as neither of my parents have smart phones, so regular communication became practically impossible and non-existent. No longer being able to contact my parents whenever I wanted was definitely a weird experience, but it helped me to mature as a person and realize that I was (and still am) completely self-reliant and able to live my life.

7. Would you study abroad again if given the opportunity?

Without a moment’s hesitation I would study abroad again given the opportunity. Studying abroad was the best experience of my life to date and I would honestly give anything to be able to have another experience in a different culture and location. I never realized how much I loved learning about other cultures and customs until I was abroad and it was all over way too soon. Though I learned so much about Spain, it didn’t feel like enough time to even begin to understand their immense and diverse culture.

8. What advice would you tell students trying to decide whether or not to study abroad?

My biggest piece of advice for students considering studying abroad is to not rule out homestays because of the fear of restriction on the study abroad experience. Originally, I was planning on living in an apartment while I was abroad, but changed my mind after realizing that living with host parents would probably better my language skills more than anything while in Spain. Not once did living with a host family get in the way of my ‘social’ life, my travel plans, or my outings while in Spain; quite the opposite, actually. My host parents were constantly amazed that I was not out until 3am in the morning or eating out almost every weekend. Ironically enough, I found that I preferred spending time with my host parents, and in all honesty, why would I spend money on food when I had already paid for my host mom’s amazing cooking abilities? Though I was originally afraid that living with a host family would constrict my experience abroad, it actually did the exact opposite. I definitely urge students to put away the notion that host parents will act like helicopter moms and embrace the idea that host parents will only make your study abroad experience more memorable and personal. 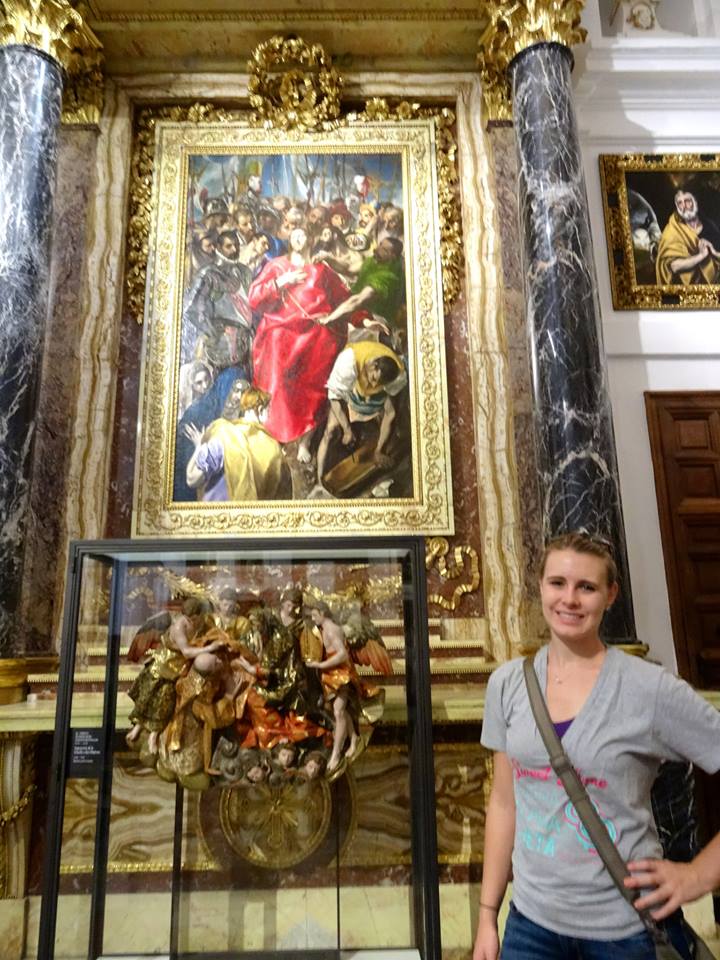 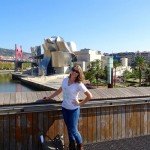