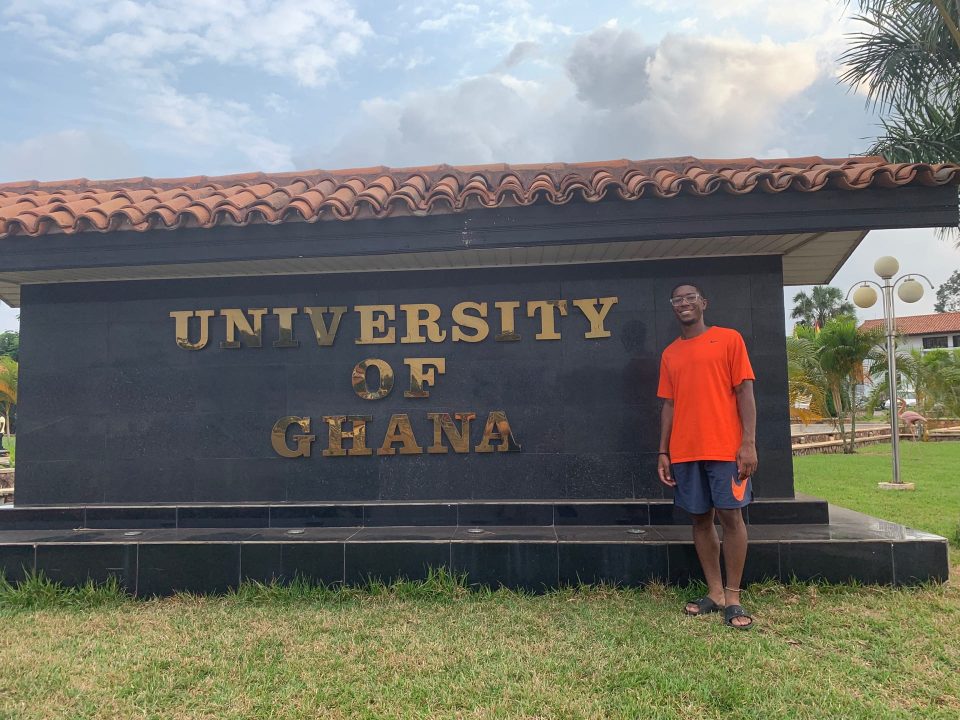 I landed at the Kotoka International Airport in Ghana sweaty and tired, at 11:00 p.m. on May 29. My first steps on another continent did not go as I had imagined. After I claimed my baggage (a 66-pound suitcase, a 50-pound suitcase, and 20-pound carry-on), I was stopped in front of the exit by one of the airport workers. The woman asked me to present my blue paper signifying that I was visiting the African country. I had stuffed it in one of my suitcases, and I had no clue where it was. I struggled for what felt like a lifetime to find the paper. The woman told me that I could leave my luggage at the airport and pick it up the next day, but that was not an option for me. After one last search, I finally found it. I handed her the paper, and caught up with the rest of my group. We were taken to our hostel, but only the women got to move in; apparently, there were not enough rooms for the 10 guys on the trip. For the first three days, we were placed in temporary housing with no Wi-Fi, a 30-minute walk from the hostel.

I experienced culture shock from the very beginning. First, Ghanaians have no sense of personal space. Two feet apart is too far for them. In addition to that, Ghanaians are extremely friendly. I thought “southern hospitality” was top tier, but Ghanaians took their friendliness to the next level. (While I was in the market ordering food, a Ghanaian man initiated a friendly conversation with me. Over the next week, I saw him again at that same market. He taught me a few words in Twi and what my Ghanaian name would be based on the day I was born. He told me that he did not make enough money that day selling jewelry to feed his daughter. Not truly understanding the situation, I gave him five cedis [1 USD]. The following week, he somehow found the site of my dance class, and walked with my group back to the market. On the way back, he told me that he wanted me to go with him to the pharmacy so he could buy malaria pills for his daughter. I was very skeptical, so a friend found a way to get me out of the situation. I later learned that he was a beggar; I was just blind to it because of his friendliness.)

A few other cultural differences included not smelling the food before I took a bite, and not being able to use my left hand for “clean” things like eating or hailing a taxi. Doing both of these is things is considered taboo in Ghanaian society, and the latter took me a while to get used to. Classes and Field Trips with USAC

Before I left for Ghana, the Associate Dean from my school told me that if I did not do anything else while abroad, I had to try a West African dish called fufu: a mixture of cassava, plantains and water submerged in a soup of one’s choice. As an optional class through USAC, I took a Ghanaian traditional arts & cuisine workshop, where I was able to make fufu. Churning and pounding the ingredients in the sun was an unforgettable workout, but the most memorable cultural experiences were my road trip to the Cape Coast Slave Castle and an EcoTour to the Volta region.

The history books do not thoroughly explain the true record of slavery in Africa. Physically walking in the same spot where millions of slaves once stood left me speechless. My tour guide took my group to a small holding cell, and told us that the slaves were held there together until each one died. It was hard to visualize standing in a blacked-out cell, without ventilation and surrounded by rodents, feces, urine, etc. I was able to see the slave dungeons and the “Door of No Return,” a huge wooden door that the slaves were pushed through before being shipped across the Atlantic Ocean. On the Volta EcoTour, I travelled to the Tafi-Atome village to visit the monkey sanctuary. There is a cohabitation between the villagers and the Mona monkeys in this area, because the monkeys are perceived by the people as messengers of their gods. The best part about it was that I got the chance to feed bananas to a few of the monkeys.

The next day, I hiked Mount Afadjato, the highest mountain in Ghana (885 meters). After forty-six minutes of me realizing how out-of-shape I was, I made it to the top. It was both mentally and physically taxing, but the view from the highest peak in Ghana was breathtaking. I was in for a surprise on the way back down. Mount Afadjato was slightly muddy, so that made the descent incredibly challenging, and I spent about an hour helping others get off the mountain.

These cultural trips were only part of my experience in Ghana: I had long days of classes that introduced me to other aspects of Ghanaian culture. My African music and dance professor said that humans have been singing and dancing since birth; our crying was actually singing and our kicking was dancing. The social service delivery systems (SSD) course gave me the opportunity to explore Ghana outside of the city. Every Tuesday, my class traveled to different regions of Ghana, interviewing a variety of people, from female porters, known as the Kayayei, to a Queen Mother of a Ghanaian village. I took service learning as a course, and this allowed me to volunteer my time and energy at a couple of non-governmental organizations in Accra. I helped promote a health screening for Hepatitis B and high blood pressure at the West African Aids Foundation, and I also assisted in starting a GoFundMe to raise money for books and soccer cleats for the Play and Learn Foundation. At the top of Mount Afadjato.

Without a doubt, I would absolutely recommend this USAC study abroad program to Accra, Ghana, to other students. My SSD professor thanked my class for studying abroad in a less-developed country like Ghana, because it allowed us the chance to point out the large and small differences between Ghana and the United States. I really enjoyed going through an external program like USAC because I was able to share that experience with people from all four corners of the United States. The trip gave me a richer history of both the country of Ghana and the continent of Africa. Also, a more established sense of gratitude for the resources I have here in the States. Going from having safety, security, clean drinking water and air conditioning to having lizards and bed bugs in my hostel and having to take my malaria pills each day, the trip was a major change in comfort levels.

James Robinson II, a senior Path scholar and honors social work major with a minor in African and African American studies, spent six weeks this summer in Accra, Ghana. This post originally appeared on the Honors Blog for the University of Arkansas. 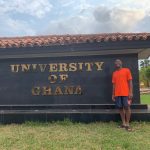