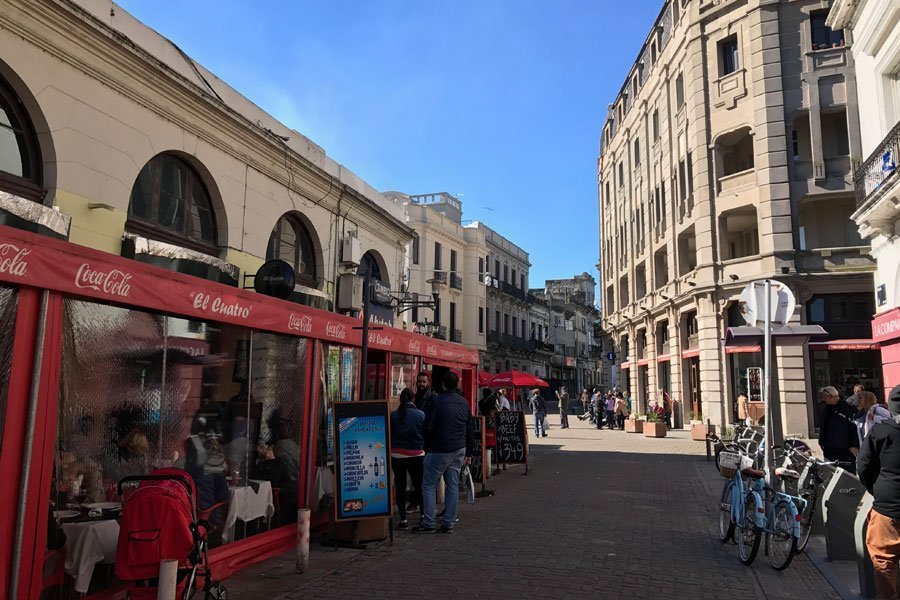 Just like any new culture, there are going to be some things that are very different in your study abroad host country than at home, so this is just a list of 10 things that I’ve noticed in the time that I’ve been studying abroad in Montevideo, Uruguay.

1. People told me that everyone drinks Yerba Mate here, but what I didn’t realize is that Everyone. Drinks. Mate. They are OBSESSED with this stuff. Seriously. It’s very common in many South American countries, but is most common in the Rio de la Plata region (Uruguay and Argentina). They drink it out of a gourd (called the Mate), fill it up with the Yerba, and gradually sip on it throughout the day, refilling the water when they run out. It’s also very common to share a Mate with friends and family, but you have to make sure not to move the metal straw (bombilla). Moving the straw is very disrespectful because it’s basically saying you know what tastes best and whoever offered the mate to you is wrong.

Here are all the parts of this beverage laid out a little more: 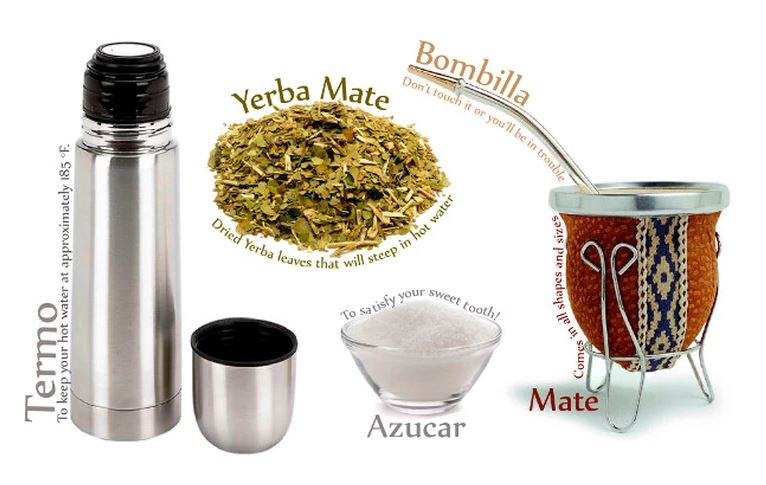 2. It’s a very clean city and country! At my university, La Universidad de ORT, I probably see people cleaning windows at least five times a day. Similarly, my host mom does a deep clean of the house multiple times per week. The streets are pretty beat up, but you still see people cleaning the streets, trying to make everything as pristine as possible.

3. Even though we are in a capital city, everyone is chill and easy-going in addition to being the nicest people I’ve ever met. No one is in a rush (except the buses, but we’ll get to that) and they are always willing to stop and help foreigners. Because it’s such a small country, about the size of the state of Washington, they don’t get many visitors other than people from Argentina. Because of this, when I tell people I’m from the United States, they are curious and excited to talk to someone from so far away.

4. Taking the bus took a minute to get used to… It’s not the same as in the U.S. at all. First of all, you have to run on and off the bus. They will stop fully for about .5 seconds so sometimes I feel like I literally have to jump off the bus. They also don’t have the handy little yellow string to pull. You can either get off the bus by going to the back and pushing a button above the door, or you can stand on the steps at the front, which signals to the bus driver that you want to get off.

5. Everybody knows English! I have been surprised at this and sometimes it can be frustrating. If I’m ordering a coffee or something similar and the barista can tell that I’m struggling a little bit sometimes they’ll just speak to me in English.  I thought that since I came to the middle of South America that no one would know English, but I was wrong. This means you have to make a little extra effort to speak the local language if you’re looking to learn it. Most of the TV shows, movies and music that Uruguayans watch and listen to are in English. One of my friend’s host brother learned English just from watching American TV shows! Wow.

6. Everyone is late. This took me a minute to get used to. I’ve always been paranoid about being on time, but no one here is on time. If you say to come over for dinner at 8, they’ll probably be there at 10. Even for my classes, sometimes my professors won’t show up until 10 minutes after class is supposed to start. Also, when you go out on the weekends, it’s not unusual to stay out until 6 or 7 in the morning. I guess that’s what happens if someone isn’t even coming over for dinner until 10pm!

7. Traffic moves at a faster pace! Unlike in the U.S., cars in Uruguay are small and the laid back lifestyle doesn’t exactly translate to the roads. However, everyone is constantly aware of what’s going on, so accidents are not very common. It’s pretty fascinating. With that said, I’d think twice before renting a car!

9. They use the vos form all the time. It’s basically an informal way to talk to “you.” Even more informal than “tú.” When I learned Spanish, I learned Mexican Spanish for the most part, where they don’t use this form. Before coming here, I had no idea that it existed! We learned about vosotros, which is used in Spain, but I had never learned of vos. Luckily, it’s super easy to learn, but I was confused for a week or so when I heard people pronouncing words differently than I had heard before.

10. Uruguay is known especially for their meat, mate, dulce de leche, chivito, and milanesa. Of course they have other amazing dishes, but these are the ones that I’ve come across the most so far. The meat here is on another level. Uruguayans are known for their asado, which is basically the best barbecue that you will ever eat. I don’t know how to explain it, you just have to come try it. Similarly to mate, they are also obsessed with dulce de leche, which is a thick caramel sauce that they put on everything. It goes with sweets, or in coffee. A chivito is basically a giant sandwich that has whatever kinds of meat, eggs, lettuce, tomato, cheese, mayo, mustard, and whatever else you want to put on it. Last, but not least is a milanesa. This is just breaded meat, but they make it into sandwiches, or just eat it plain. It’s so simple, but so good.

Almost two months down and I’m loving Uruguay so much! We have some field trips, which I am looking forward to! I love this city, and am excited to explore other parts of the Rio de la Plata region! If you’d like to read more about my time abroad you can follow my blog: Adrienne’s Study Abroad in Uruguay!

This article was written by Adrienne LeRoy 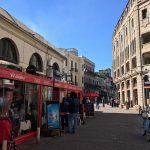